The Yakuza series has been on the rise since the first game debuted in 2005. Many other games have followed since then, and while 2018’s Yakuza 6: The Song of Life put an end to the story of iconic protagonist Kiryu, another Yakuza game will be hitting the shelves this year.

Yakuza: Like a Dragon is the new entry in the series from video game company Sega, and is slated for release in November 2020. This game will be sporting a new protagonist named Ichiban Kasuga, and will be an RPG game with turn-based combat in which amongst other things you’ll get to fight construction vehicles and summon a tempest of pigeons…

Teaming up with protagonist Ichiban are other characters like bar hostess Saeko Mukoda and ex-cop Koichi Adachi, whom you can see in the trailer below. This trailer also lets you hear the English voice cast of the game in action. Actually, Yakuza: Like a Dragon is the first game in the series to get an English dub, and the highlight of the cast is undoubtedly George Takei, who plays a Yakuza patriarch named Masumi Arakawa.

Aside from getting into brawls all over the city (in which you’ll draw from the different abilities of each member in Ichiban’s party), there’s also a winding story to follow involving the dissolution of the Tojo clan by George Takei’s character, and lots of side activities to take part in the game’s Yokohama setting. Old favorite Karaoke is returning, while Yakuza: Like a Dragon will introduce Dragon Kart to the series. This plays like kart racing games, and it’ll sure be interesting to see whether this proves to be a nice side diversion in the game.

Regarding the PS5 version, there will also be an upgrade path for Sony’s console, meaning those who get the game on PS4 presumably won’t have to fork out again for the PS5 version, but the details of this will be announced at a later date according to Sega.

Like other games launching these days, there will be several editions of Yakuza: Like a Dragon available. For starters, there’s the “Day Ichi Edition”, which is available in digital format and priced at $59.99 US dollars. Aside from the game itself, this features the “Legends Costume Set”. This includes eight in-game costumes from past games’ characters such as Kazuma Kiryu and Daigo Dojima. There’s also a physical version of this edition of the game (“Day Ichi Steelbook Edition”), which as its name indicates comes in a steelbook (hopefully a nice one for series’ fans to drool at). 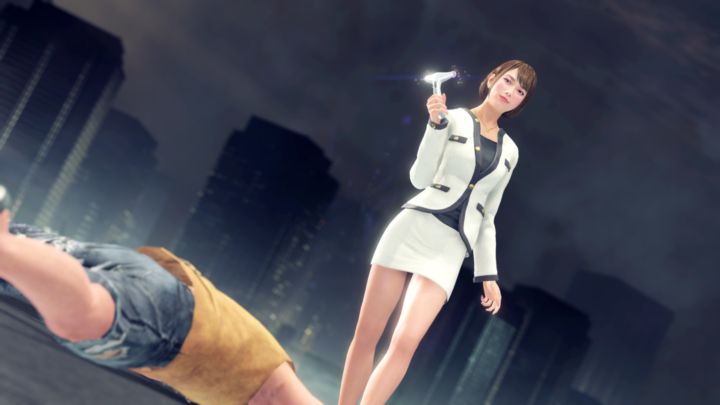 Saeko Makuda will be one of your party members in Yakuza: Like a Dragon.

Then there’s the “Hero Edition” of the game, which can be bought in digital format and sells for $69.99. Aside from what’s included in the “Day Ichi Edition” it features the “Job Set”, and also the “Management Mode Set”. Yakuza: Like a Dragon has several playable jobs, and the “Job Set” adds two new ones: the Devil Rocker and the Matriarch, who wields a naginata (a samurai blade). Meanwhile, the “Management Mode Set” adds a bunch of new employees to the game’s management mini-game.

There’s also the “Legendary Hero Edition”, which again is only available in digital format and is priced at $89.99. Aside from including everything in the “Hero Edition”, this includes all the remaining launch DLC which comprises the Crafting Set, Karaoke Set, Stat Boost Set and more in-game costumes in the Ultimate Costume Set.

Yakuza: Like a Dragon is a game to look forward to, then, especially if you’re a fan of the Yakuza series, while it could also serve as a nice entry point for series newcomers due to the fresh new story and protagonist. So it would be a good thing if Sega’s upcoming game lived up to the hype, and turned out to be one of 2020’s best releases when it comes out later next year then.

→
Next: Hitman 3 will be another Epic Games Store exclusive on PC