5 Reasons Why Star Wars:The Force Awakens Could Be the Best Star Wars Movie Ever Made
↑
SHARE
TWEET

4. Will the Empire strike back? 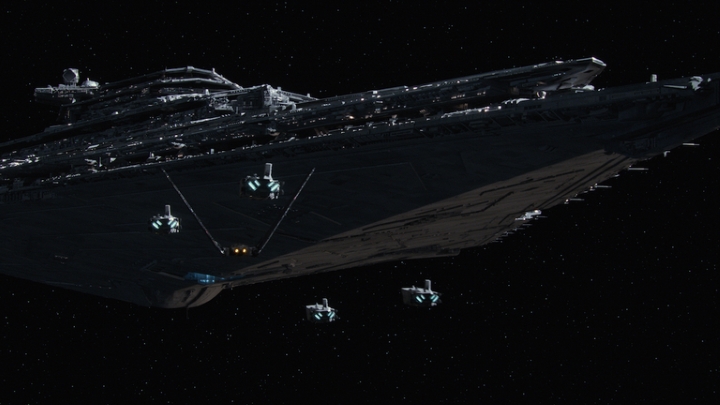 There will surely be plenty of epic space battles in The Force Awakens.

To most Star Wars fans it is clear that The Empire Strikes Back is the high point of the series. It is a sci-fi gem full of memorable moments like the massive battle on Hoth between the Empire and the Rebels, the Han and Leia romance and the lightsaber duel between Luke and Darth Vader on Cloud City. And will The Force Awakens movie manage to top the 1980 classic?

It is clear that director J.J. Abrams has the skill and genius to do this, as his Star Trek movies like the 2009 reboot were superb examples of sci-fi, and what’s been revealed of The Force Awakens so far certainly looks promising. And taking into account that George Lucas’ prequel films were a bit lacking, with corny moments like the poor Anakin and Padme romance in Attack of the Clones and annoying characters like Jar Jar Binks, it is time that viewers get another Star Wars masterpiece, so that like Yoda in The Empire Strikes Back we can say “there is another”.