If there ever was a video game that could be accused of sexism, then that’s Dead or Alive Xtreme 2. This Xbox 360 exclusive featured bikini-clad female characters that players could control in a game of beach volleyball. The ladies, of course, were your typical sexualized female video game characters with oversized breasts and curves that would make any woman envious. One of the features of this 2006 game was “independent breast physics which create an asynchronous movement”, according to Kotaku.

And for good or ill, the latest game in the series, Dead or Alive Xtreme 3, won’t make it to western markets, according to its publisher Koei Tecmo. In a response to fans on their Facebook page, they suggested that a backlash against video game sexism in the West was the reason behind the move. And it is true that the infamous online campaign known as Gamergate (which was mostly about video game sexism) flared up this year, and saw crusader Anita Saarkesian going against her critics to battle for the equal treatment of female characters in video games. Saarkesian was even named one of the most influential people of the year by Time magazine, in recognition of her efforts. 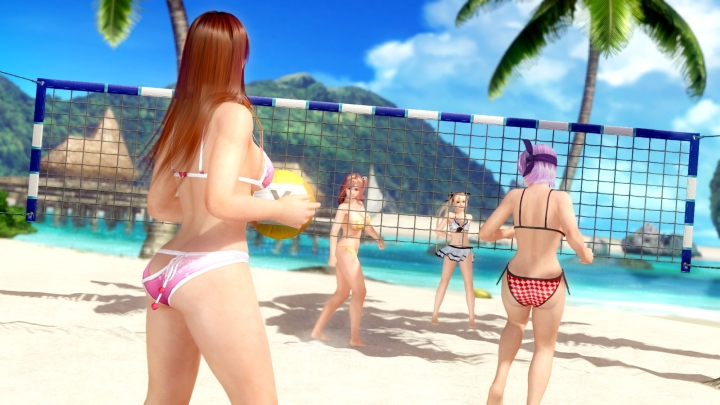 And it is likely that a game like Dead or Alive Xtreme 3 would make Anita Saarkesian shudder, as it’s obviously 100 % sexist and even suggests that many male gamers are sex-starved people who objectify women and are incapable of normal relationships with them. Although this is likely not the case these days, given that a high percentage of gamers are female, and most male gamers are well-adjusted adults anyway.

So this makes Japanese publisher Koei Tecmo’s decision not to release the game in the West quite questionable and controversial, as it also suggests that eastern gamers such as the Japanese are more sexist than westerners. Also the fact that Hideo Kojima included the female character Quiet in his blockbuster Metal Gear Solid V video game, which was perhaps the most sexist video game character to date, seems to indicate a divergence in values between East and West regarding the portrayal of females in video games.

But anyway, if Dead or Alive Xtreme 3 won’t be available to western audiences, then so be it. It’s not that its predecessor was well reviewed or that much fun either, and it’s logical that controlling beach bimbos in a game of volleyball will stop being fun after a while. And hopefully video game sexism will stop being an issue both in the West and in the Orient, and gamers can just focus on enjoying the great pastime that video gaming is.

→
Next: 5 Reasons Why Star Wars:The Force Awakens Could Be the Best Star Wars Movie Ever Made