J.J. Abrams is the safe choice to direct another Star War film, but not the best
↑
SHARE
TWEET

Star Wars fans might have been worried by the fact that Star Wars: Episode IX lost its director, Colin Trevorrow of Jurassic World fame, earlier this month. Whether this was due to creative differences or because Trevorrow simply did not get along with the Lucasfilm executive remains a mystery, but it was hard not to think that Disney’s future Star Wars plans had fallen into disarray after Episode IX went the way of the Han Solo movie and lost its director too.

But as it happened with the Han Solo spin-off, Disney quickly signed up a new high-profile director to replace the departed Colin Trevorrow. This is none other than J.J. Abrams, the sci-fi maestro and veteran director behind movies like Star Trek Into Darkness and Mission Impossible 3. Of course, Abrams also helmed 2015’s Star Wars: The Force Awakens, which was hailed as a return to form for the franchise after George Lucas’ dismal prequel movies left so many people disappointed back in the day.

The thing is, and despite J.J. Abrams’ moviemaking talent and charisma, whether he is the right director to take the reins of the upcoming Episode IX?

If one thing is clear, is that Abrams sure is the safe choice to direct Star Wars: Episode IX, which will be hitting theatres in December 2019 (instead of May 2019, as Disney recently announced a 7 month delay for their upcoming Star Wars film).

After all, the veteran director already knows the cast of Episode IX very well, having worked with the likes of Daisy Ridley, Oscar Isaac and John Boyega in The Force Awakens. And while he did not get to direct Mark Hamill much in the 2015 blockbuster (he only appears briefly at the end), it’s clear he could get a great Luke Skywalker performance out of the veteran actor in the upcoming Star Wars film (assuming the Luke Skywalker character does appear in Episode IX, that is…)

Another reason why Disney could have gone with Abrams for Episode is simply because he’s a proven box office success. Most of his movies have been box office hits to date, and let’s not forget that The Force Awakens made a whopping $2 billion at the box office, making it the highest-grossing film in the franchise to date. Plus, it’s clear Abrams knows how to direct a great sci-fi movie as he’s proven both with Star Trek and Star Wars to date.

So, what’s not to like about J.J. Abrams being at the helm for Episode IX? 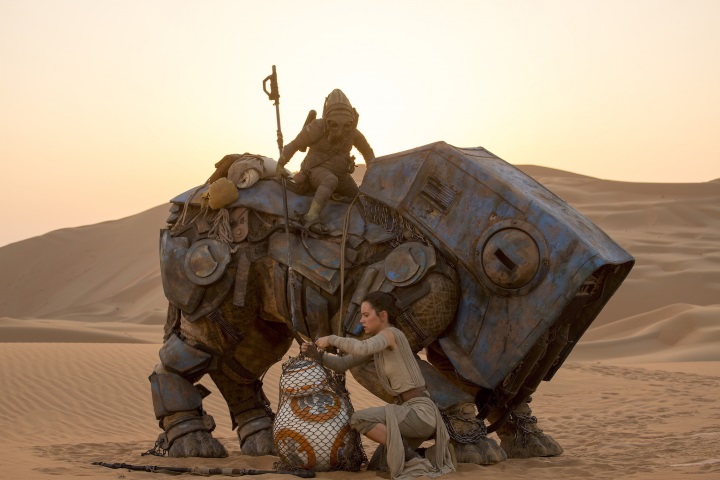 Will Episode IX be similar to The Force Awakens, or will J.J. Abrams be willing to take risks with the upcoming Star Wars movie?

For starters, it’s clear that Abrams is likely to deliver a very similar movie to The Force Awakens when it comes to tone and style, and this might not be that thrilling for a few people. After all, Awakens did have its share of wrinkles (such as an overpowered heroine) and was mostly a rehash of the earlier movies, with Abrams bringing little new ideas of his own to the table.

Of course, it can be argued that it was the movie Disney needed back in 2015, a film that would capitalize on Star Wars nostalgia and bring fans back on board after the disappointment the prequel films were. But it remains to be seen whether J.J. Abrams is willing to take risks with Episode IX, instead of playing it safe like he did with The Force Awakens. If he does, the US director might even deliver the best Star Wars film to date… If he doesn’t, it’s likely we’ll get another solid sci-fi film to enjoy, but I’m hoping for the former and admit this is something more likely to happen if Disney had chosen a different director to succeed the departed Colin Trevorrow.

But still, many could point out that Disney is taking more risks with the spin-off movies, bringing in talented directors like Gareth Edwards (and now Ron Howard for the Han Solo movie) and offering a fresh take on the Star Wars franchise by taking viewers to places not yet seen in a galaxy, far, far away…

So, even if J.J. Abrams’ does end up delivering a very similar movie to The Force Awakens with Episode IX, here’s hoping it differs enough from what’s come before to keep Star Wars fans on the edge of their seats when the film debuts sometime in 2019.