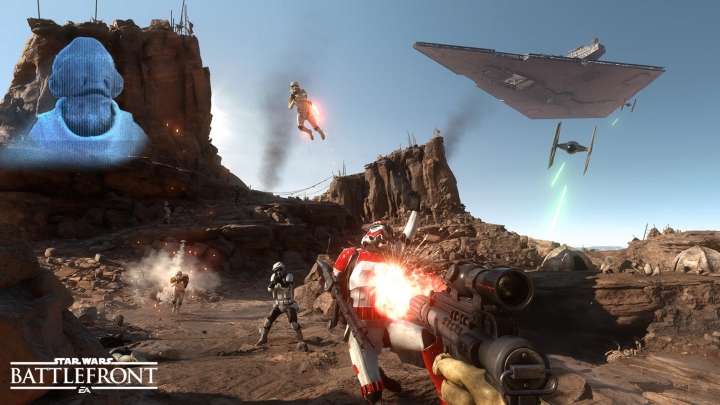 The likes of Star Wars: Battlefront run at a higher resolution on Sony’s PS4.

Early after the PS4 and Xbox One were released in late 2013, it became clear that Sony’s console was the most powerful machine under the hood. To be fair though, both machines have failed to deliver the fabled high-definition (1080p) in most games to date (with Bethesda’s ace Fallout 4 being one high-profile exception).

But still, the PS4 has delivered a consistently higher resolution in most games, including the much anticipated Star Wars: Battlefront, which will run at 900p on the PS4 and 720p on the Xbox One. And while one could argue that most gamers don’t notice resolution differences between consoles, a Nielsen poll suggests that many are going for the PS4 instead of the Xbox One due to the prettier graphics.