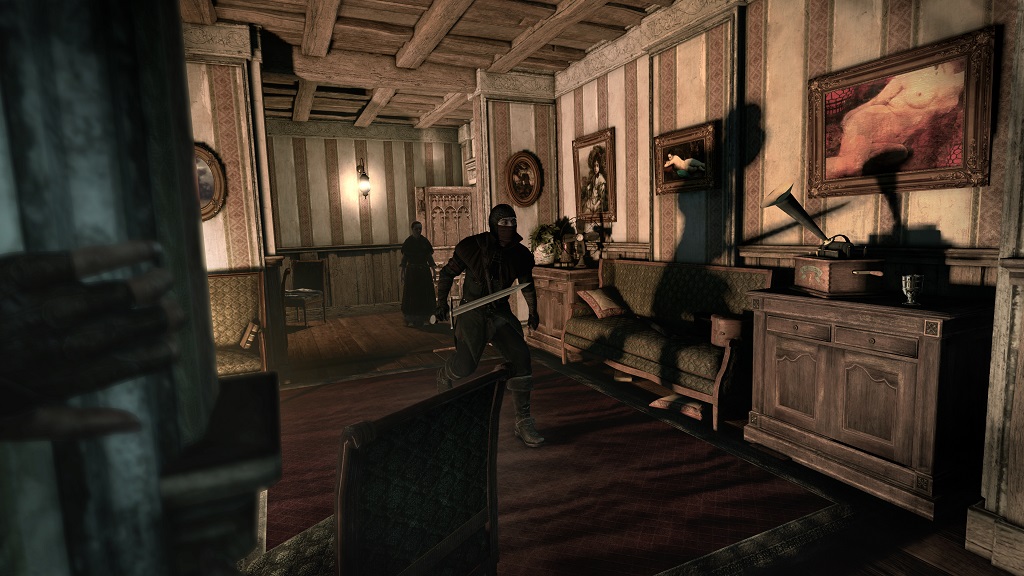 Not so smart… Thief’s AI wasn’t the best.

The AI in Thief was mostly convincing, with guards going about their business like you expect them to. In a stealth game such as this one, however, any glitches or odd behaviours can shatter the all-important suspension of disbelief. While hiding in the shadows of a jeweller’s shop, it was distressing to witness a guard spinning in circles, or walking against a wall. It broke immersion and was a sour reminder that you were just playing a glitchy videogame. Civilians in the game were even worse, running like headless chickens once they spotted the player. Dialog would repeat over and over, and one can only hear a videogame character talk about his favourite brothel a certain number of times before going insane. As Gamespot said in its review: “Unrealistic enemy behavior is hardly new to the series, or to stealth games in general, but given how seriously Thief takes itself, the silly AI becomes a distraction.”