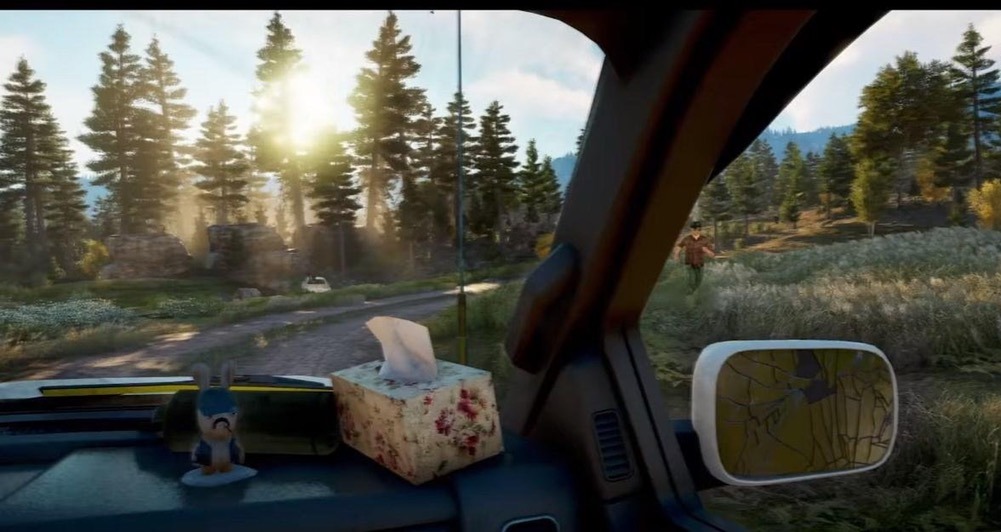 Watching the trailers and promotional images released during last week’s reveal, few would argue that Far Cry 5’s story, mood and setting are anything but serious. But Ubisoft did bother to include a funny Easter Egg in the game’s announcement trailer though, which was spotted by one keen gamer with an eye for detail.

A Rabbid figurine, dressed in trucker clothes, is seen on the player car’s dashboard in the trailer, which is a funny little nod to another popular Ubisoft video game franchise. So despite Far Cry 5’s story being about right wing extremists and religious nuts, here’s hoping there will be quite a bit of humour in the game as well.