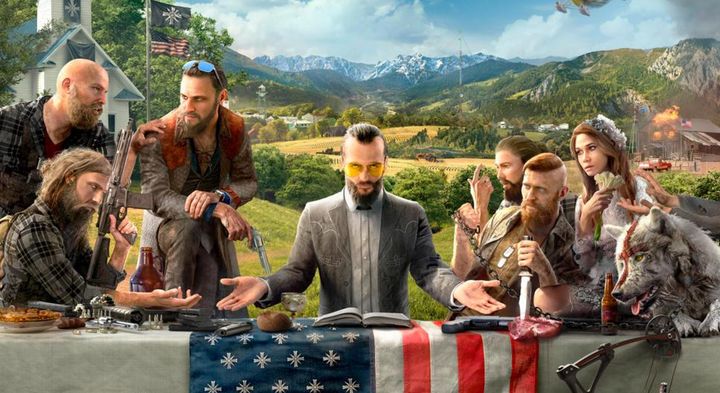 What plans does Joseph Seed (image centre) have for Hope County?

Not much was revealed about the villain during the game’s unveiling in May, other that he’s a religious extremist named Joseph Seed and the leader of the Project at Eden’s Gate cult which has taken over Hope County. He’s briefly seen delivering a sermon in the game’s announcement trailer, though.

What’s slightly shocking here is that Seed was not the central figure of this reveal, much like Vaas Montenegro of Far Cry 3 or the flamboyant dictator of Far Cry 4 Pagan Min were. The larger-than-life villains were the highlight of either game, giving players a strong motivation to complete those Far Cry games so they could get even with the evil bastards… Although hopefully Joseph Seed will prove to be as charismatic and ruthless as the antagonists of Far Cry 3 and 4 were when we see more of him in later previews.