It’s likely that 1997 brings back memories of Starship Troopers, the classy sci-fi film by Paul Verhoeven that many people loved back in the day. Of course, as anything Verhoeven this is as subtle as a punch in the face, but the violent, cutting-edge action sure left a lot of viewers happy more than 20 years ago.

The film pits the troopers versus invading alien bugs (the arachnids), and features several stunning set pieces such as one taking place in a desert fort, were the human marines have to fend off countless bugs until a rescue party arrives.

I always thought that scene in particular might make for a great video game, and indeed a first-person shooter based on the Starship Troopers movie was released in 2005. This however was panned due to its poor graphics, lack of variety and unrealistic enemy behaviour, and is best forgotten.

And now fans of the movie will be getting another game based on Paul Verhoeven’s 1997 hit, as Starship Troopers – Terran Command is scheduled to hit the PC sometime in 2020. This, however, won’t be another first-person action game, but rather a real-time strategy title.

“Modern strategy games are fast-paced and they successfully blend unit management, survival and captivating storytelling. Nothing is more suited to this type of gameplay than the Starship Troopers universe, where there is a continuous sense of danger and uncertainty”, said development director Iain McNeil in a press release.

McNeil is definitely right about his last point (evisceration by arachnids was a common occurrence in Verhoeven’s film, which also moves at a furious pace), but how well this will translate to an RTS game is something that remains to be seen. 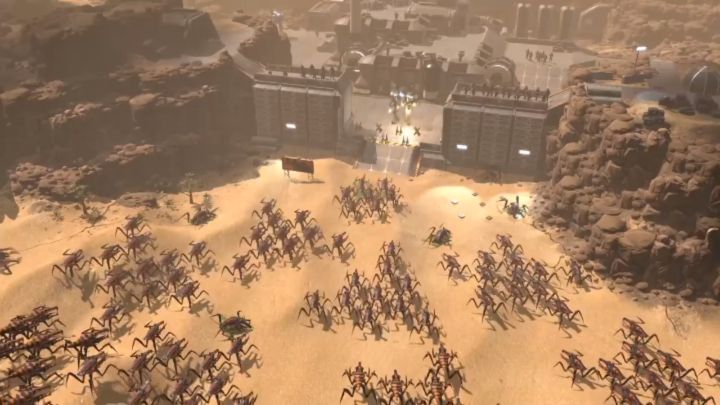 Can Starship Troopers succeed as a strategy game?

The game, however, aims to “capture the essence of the original movie and its universe” according to McNeil, with units and scenarios consistent with those of the movie. The gameplay will also feature typical RTS activities such as the building of defences and covering of choke points to block enemy units, and this could definitely be fun.

The trailer below gives an idea of what to expect from the game. It shows cutscenes and gameplay and suggests the game could succeed at capturing the Starship Troopers feel.

This is not the first time that a new video game for a well-known movie is released many years after the movie in question hit theatres though – for instance, a World War Z game hit shelves earlier this year.

That game got a lukewarm response, so here’s hoping that Starship Troopers – Terran Command doesn’t turn out to be a mediocre cash-in, and that it succeeds at pleasing real-time strategy aficionados and fans of the movie when it’s released sometime next year.