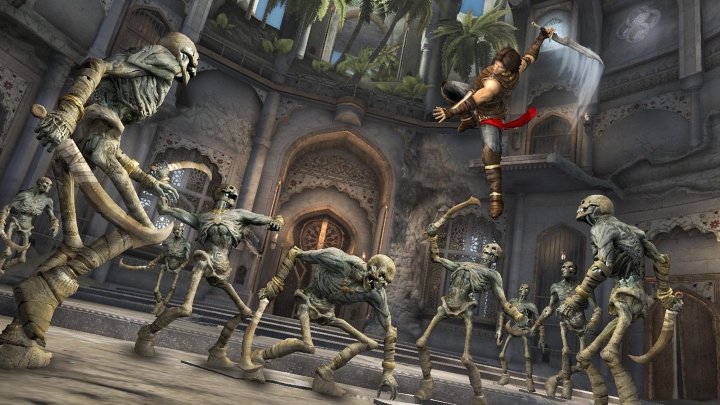 The prince fought sand creatures again in this Sands of Time sequel.

But thankfully the parkour was still great, and running along walls while avoiding spinning razor blades and performing acrobatic jumps was a joyful experience. Also, the prince’s new magical ability which let him freeze water and then climb on it was an interesting gameplay idea. This also featured a pretty good story taking place between Prince of Persia: The Sands of Time and the later Warrior Within. But overall, this is a game that failed to capture the magic of 2003’s great Prince of Persia: The Sands of Time.