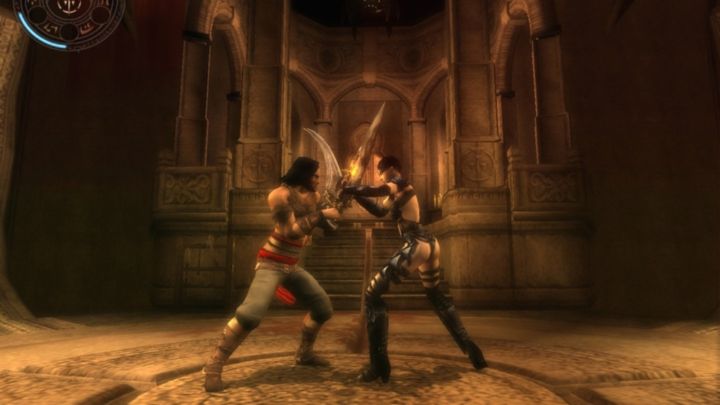 This game featured a darker version of the prince, and was more violent than its predecessor.

This game abandoned the cartoonish, Aladdin-style look of its predecessor and instead went for a darker tone than the original game. Instead of the affable teenager of the earlier game, the prince was a jaded, cynical and mean character who would taunt and mock his enemies in combat. And kill them in gruesome ways too… Decapitations and other bloody finishing moves were possible, as Warrior Within featured more violent and also better and more varied combat than its predecessor.

The game’s violence and dark tone earned it a Mature rating in the US, and even series’ creator Jordan Mechner expressed his dislike for the game’s edgy tone. But still, this was a great Prince of Persia game with the same excellent parkour, environmental puzzles and story as the earlier Prince of Persia: The Sands of Time, and it also featured a more open-ended world. Its clever time-travelling plot let players navigate the game’s areas in two different time periods, making this one of the best Prince of Persia games to date.