In the end, and after months of speculation regarding whether Starfield would be Xbox exclusive or not, the matter has been settled.

Bethesda let the cat out of the bag at E3, revealing that its eagerly anticipated game Starfield will be hitting shelves in November 2022, and finally confirming that the game will be exclusive to Xbox (and PC).

This is the first major Bethesda game in more than fourteen years to skip PlayStation then, surely leaving many who had picked up a PlayStation 5 and were looking forward to playing Bethesda’s sci-fi RPG feeling gutted.

In an interview with GameSpot (via IGN), Bethesda’s marketing boss Pete Hines addressed the matter, going as far as to apologize for Bethesda’s move.

“I’ve played games on that console [the PS5], and there’s games I’m gonna continue to play on it. But if you want to play Starfield? PC and Xbox”, Hines told GameSpot. “Sorry, all I can really say is, ‘I apologize’”, added the Bethesda man.

Hines had previously commented how he understood that Bethesda fans who game on PlayStation would be “unhappy or pissed” at this decision, stating that “those are all real feelings and frustrations”.

But it’s clear that Bethesda was right to apologize for Starfield Xbox exclusivity, despite the fact that the company was recently acquired by Microsoft, which paid a humungous $7.5 billion US dollars for publisher Bethesda and its parent company Zenimax.

Actually, since The Elder Scrolls IV: Oblivion in 2007 no Bethesda game has skipped a PlayStation console. These include hits like Wolfenstein: The New Order, which landed on both the PS3 and PS4, and of course, The Elder Scrolls V: Skyrim, Bethesda’s most popular game to date. Also, 2018’s Fallout 76 got a PlayStation release, and it’s likely that quite a few of the millions of players enjoying Bethesda’s game are playing it on PlayStation 4 console.

Plus, other high-profile games to be published by Bethesda like Ghostwire: Tokyo are timed exclusives on PS5.

Of course, one can argue that Sony has kept Xbox gamers from playing exclusives like Horizon: Zero Dawn but that’s because it owns and has invested in the studio behind it (Guerrilla Games) for a very long time. So is the case of Marvel’s Spider-Man and other PlayStation exclusives, where Sony had invested in the studios behind them and not made a sudden grab like Microsoft did with Bethesda. 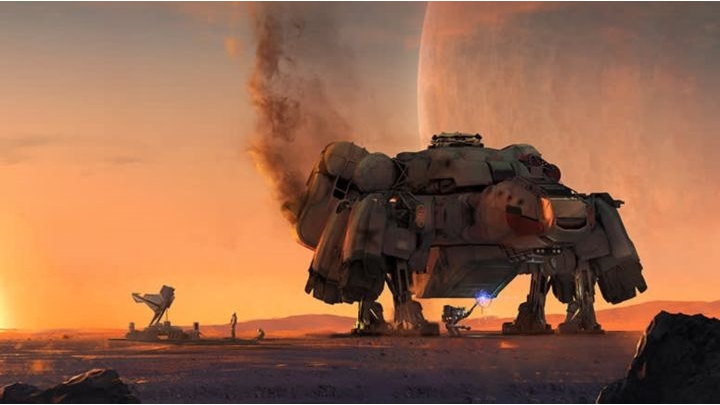 Will Starfield be a great sci-fi RPG?

But despite revealing the bad news that PlayStation 5 owners won’t get to play Starfield on their platform of choice, at least Bethesda Game Studios (the developer behind Starfield whose games are published by Bethesda Softworks) recently revealed more information about the game.

Executive producer Todd Howard has tried to temper expectations regarding Starfield, as this will be just like any other open-world game Bethesda has made to date, and not an “open-universe” simulator.

“I don’t want to set any crazy expectations for that. You know, we have cities and we build them like we built the cities we’ve built before. And we have lots of locations that we’re building like we’ve built before” said Howard in an interview with The Telegraph.

So this won’t be a No Man’s Sky-style space game with endless randomly generated planets, rather something like “Skyrim in space” as the developers had said after the game’s E3 reveal, which showed some pretty in-engine footage but left many questions unanswered.

Nonetheless, Starfield will still boast hundreds of hours of content like Skyrim, with Howard saying that the game “has got some more hooks in it for that, that we added later to a game like Skyrim… while still making sure that somebody who just wants to play it, and go through the main quests and ‘win’, or feel they’ve accomplished something large is doable”.

Like other Bethesda games, this will let you switch between first-person and third-person perspectives, and there will be alien races in it too. NPCs (which stands for non-player characters) have always been Bethesda’s bread and butter, and as IGN points out, leaving them out of Fallout 76 sure was controversial (they were later included in the Wastelanders update though).

So it’s a good thing that Starfield will let you interact with alien species, plus according to executive producer Todd Howard this will be “more hardcore of a role-playing game than we’ve done in the past”, with more in-depth character creation, with Bethesda really letting “players express the character they want to be”.

It remains to be seen, though, if Starfield lives up to the hype or turns out to be another disappointment like Fallout 76 was at launch. Although it’s likely Bethesda will reveal much more of Starfield in the weeks and months to come until its launch in November 2022, letting us start guessing whether this will be another top-notch role-playing experience like Skyrim was back in the day or not.

→
Next: ‘Abandoned’ could be Hideo Kojima’s Silent Hill game