The latest Nvidia graphics cards will be harder to buy in the first quarter of 2021, says retailer
↑
SHARE
TWEET

That is, if you could get your hands on one… This is because cards like the GeForce RTX 3080 have been next to impossible to get for many people. This is something that Nvidia’s CEO Jensen Huang discussed last year, citing unprecedented demand for the company’s new graphics hardware as one of the reasons why it would be hard to get an RTX 30 series card in the months to come.

And now in 2021 this situation still holds true, with graphics card models like the aforementioned RTX 3080 and the newer RTX 3060 Ti in very short supply. Actually, international retailer Alternate has warned that things are going to get worse in the first quarter of the year, as was recently reported on TechRadar.

Alternate, which sells to the public in Germany, Belgium and the Netherlands wrote on its website that “availability of the RTX 3000 series cards will deteriorate further in the first quarter of 2021”. According to the company this news came from “both manufacturers and Nvidia”.

This definitely isn’t good news for anyone shopping for Nvidia’s latest generation of graphics cards, but it seems that certain models will be hit hardest, with the previously mentioned RTX 3080 and RTX 3060 Ti being the hardest to buy. Actually, Alternate even goes further and has said that the chance of bagging an RTX 3080 card if you place an order now is “virtually nil”.

Things are better when it comes to other models such as the GeForce RTX 3070 and RTX 3090 which aren’t as popular as the other two. The RTX 3090 is the flagship card in Nvidia’s arsenal, and retails for a whopping $1,500 US dollars.

Alternate says the reasons for the supply collapse are “poor availability of raw materials and Nvidia chips, but also to the Chinese New Year, which causes a temporary closure of factories” according to TechRadar’s report. Even worse, Alternate predicts a spike in prices due to “market forces” in the near future. 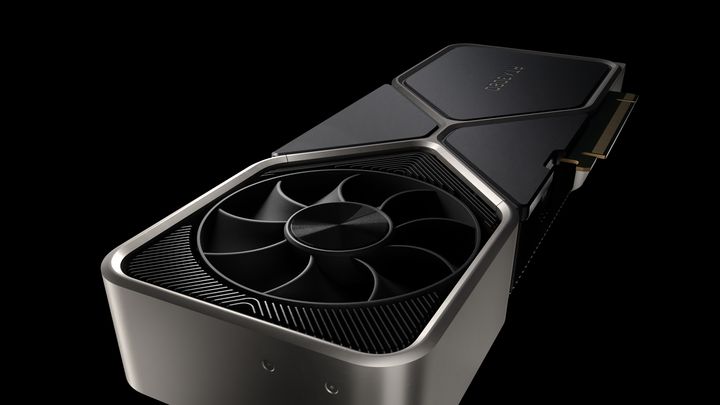 Hoping to get hold of a GeForce RTX 3080? You may have to wait longer than you’d like.

So shopping for one of Nvidia’s new generation cards is something of a nightmare right now then, but things are just as hard if you’re going for an AMD card.

This is because AMD’s CEO Lisa Su recently said that “overall demand exceeded our planning”. Actually, it’s been bloody hard to get hold of one of AMD’s new Zen 3 processors, and likely the experience has been just as frustrating for those shopping for one of the company’s new RX 6000 cards, such as the Radeon RX 6800. And sadly for would be buyers, things are going to remain like this until the second half of the year according to AMD’s head honcho Lisa Su.

“The industry does need to increase the overall capacity levels. And so we do see some tightness through the first half of the year, but there’s added capacity in the second half”, said Su during an earnings call last month.

An going back to Nvidia, the company’s CFO (which stands for “chief financial officer”) Colette Kress recently said there wouldn’t be much inventory of Nvidia products during the first quarter of the year, confirming what retailer Alternate has said about a supply shortage in the first months of 2021.

This means that getting hold of Nvidia’s latest and greatest GeForce cards will be hard for quite sometime, then. There’s also the possibility that things could get worse given that transport worldwide is being used to deliver COVID-19 vaccines, clogging the supply chain, and that with so many people working from home or confined at home right now, video gaming has become a new hobby for many, triggering demand for PC graphics cards. There’s also the re-emergence of Bitcoin as a hot asset. Bitcoin prices are once again hitting the ceiling and this could trigger another “gold rush” and demand for graphics cards to use in mining rigs.

It’s a matter of wait and see, then, but here’s hoping that the situation improves in the months to come and people are able to get hold of their dream video card in the not so distant future.

IMAGE CREDITS
GeForce series 30 graphics cards (Nvidia Corporation)
→
Next: BioWare to bring back its controversial Mass Effect series this May
Share this >
YOU MAY ALSO LIKE
MORE ON LAKEBIT