Hitman 3 has been the biggest game of the year to date. Hitman 3 is the conclusion to the current run of Hitman games and the “World of Assassination” trilogy which began with the 2016 Hitman reboot.

This latest instalment in the long-running Hitman series, as the previous two entries, takes protagonist Agent 47 around the world in order to kill some pretty nasty characters involved in shady business as the Hitman usually does…

The game shot up to first place in the UK charts in its launch week, while Danish developer IO Interactive also claimed it had the biggest digital launch of any game in the series to date. Actually, IO must be ecstatic about the game’s sales so far. This is because according to CEO Hakan Abrak, the Danish outfit recouped its development costs in a matter of days:

“It has been a labor of love between our fans and everyone at the studio. As the developer and publisher, we are immensely proud that we can say Hitman 3 is already profitable”, said Abrak. “We have recouped the total project costs in less than a week”, IO Interactive’s boss told gamesindustry.biz (via Forbes).

This must have been a far cry from the company’s experience with the Hitman 2016 reboot, which despite it being a fantastic game and well-received by fans of the series had “historically low” sales as Abrak explained in an earlier interview.

The poor sales led to the much-publicized split with Japanese publisher Square Enix (which still is distributor of Hitman 3, despite parting ways with the studio in 2017). This was due to the game’s episodic release, which likely confused would be buyers as IO’s CEO explained in the interview.

“It was called a Trojan Horse strategy, just get people in and if they like it, they will upgrade. Maybe we’ll get a whole lot bigger volumes in the start and hopefully we can convert these people if they like the game. That was the strategy”, Abrak said.

“The skepticism and, ‘What is this?’ and ‘Is this early access from a big publisher?’ and what not, it ended up being historically low sales – a historically low start. And over time, even our publisher – and owner – back then lost faith”, said IO Interactive’s president.

But despite the game not doing so well at release, people can now enjoy the entirety of the Hitman 2016 game from within Hitman 3 with remastered visuals and gameplay enhancements, as Hitman GOTY edition is available via an access pass DLC on the Epic Games Store. 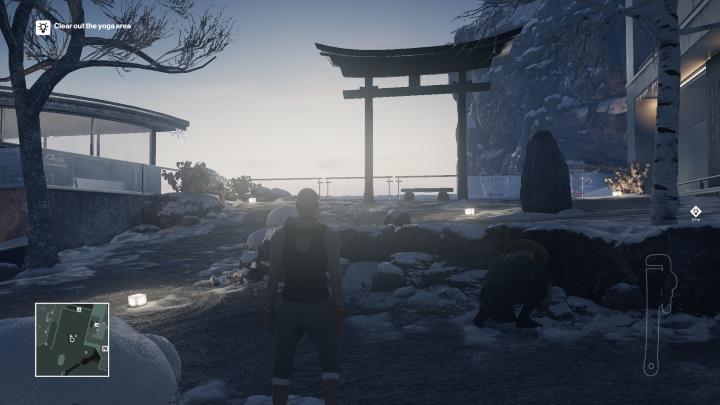 Hitman’s 2016 reboot did not get off to a good start, but the new Hitman trilogy has turned out to be a success in the end.

And regarding DLC for Hitman 3, IO has said this is forthcoming in an interview with The Gamer last month. The previous game in the series (Hitman 2) got a season pass which added two new locations to the game (a bank in New York and an island resort in the Maldives).

No season pass has been announced for Hitman 3, though, and IO Interactive did confirm via executive producer Forest Swartout Large that the game won’t be getting new locations either. Rather, the developer will repurpose existing locations for future DLC.

“I think for now we are not looking at new maps like the bank and the island”, said the IO Interactive man. “We’re more looking at using existing locations and reimagining them, twisting them. And this time around, we can use the whole trilogy. We can look back at Hitman 2016 maps, Hitman 2 maps – we have all the locations”, added Hitman 3’s executive producer.

So maybe IO could be doing something along the lines of one of the DLC missions featured in Hitman Game of the Year edition, in which you had to kill a cocky actor on a movie set. This mission used the original game’s Sapienza map, but set the action at night, making the location feel fresh again.

It’s likely too that Hitman 3 will be getting “elusive targets”: time-limited missions in which you only have one chance to kill a target (no retrying if you fail), and the escalation contracts, and perhaps other seasonal content like the previous two games got.

What’s clear though is that with Hitman 3 being a hit, IO Interactive will be supporting the game for a while yet, even if the Danish studio will likely now be focusing on its upcoming Project 007 game, which will feature an origin story set in the James Bond universe.

It remains to be seen, though, whether this will be as good as the best Hitman games, but with IO’s current run of form, it’s hard to bet against their future projects. Nonetheless, for the time being, it’s clear that Hitman fans will be having a blast with Hitman 3, no doubt.

→
Next: The latest Nvidia graphics cards will be harder to buy in the first quarter of 2021, says retailer