As has been the case since 1997, the DICE Awards will be held this year, although due to the COVID-19 crisis the people behind the awards (the Academy of Interactive Arts & Sciences) are planning a virtual event for 2021. But still, this is the closest thing barring the Game Awards that the video game industry has to Hollywood’s Academy Awards, so it’s clear millions of people worldwide will be eager to find out which games get to pick up awards when the winners are announced on April 8 this year.

As always, it’s the big prize that’s important here, and five top games will be in contention for the highly coveted Game of the Year award this April, including last year’s zombie adventure The Last of Us Part II. Developer Naughty Dog’s survival horror post-apocalyptic game definitely caused the most impact last year. And it definitely was a controversial game due to it subverting fans’ expectations in how it told its revenge story and its handling of certain characters, and is surely a game that those who have played it won’t soon forget.

It remains to be seen, though, whether The Last of Us 2 can repeat its success at the Game Awards last year, where it won a total of 7 awards, including Game of the Year. Naughty Dog’s game is nominated for a total of 11 awards at DICE 2021.

Apart from The Last of Us Part II, another Game of the Year nominee at this year’s DICE Awards is Ghost of Tsushima. This open-world samurai game by Sucker Punch was one of the top PS4 exclusives released last year, boasting beautiful visuals and gameplay similar to Ubisoft’s Assassin’s Creed series.

It surely must have been some people’s favorite to win the Game of the Year award at the Game Awards last year, but it will have a chance to do so at DICE 2021 this April. Sucker’s Punch game is the second most nominated game at this year’s DICE Awards, and is vying for an award in a total of 10 categories. 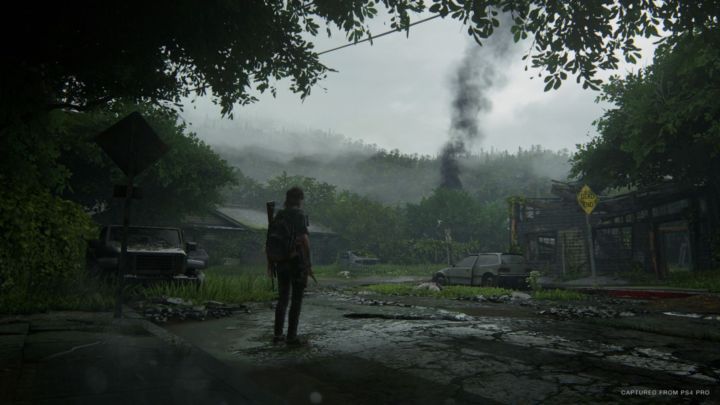 Will The Last of Us 2 pick up another Game of the Year award at DICE 2021?

Aside from Ghost of Tsushima and Last of Us 2, the other three games in contention for the Game of the Year Award at DICE 2021 are Nintendo’s hit Animal Crossing: New Horizons, indie sensation Hades and Square Enix’s Final Fantasy VII Remake. The latter brought the iconic 1997 game back to life with a fresh coat of paint and gameplay refinements, even if it was only part of the original game that was remade (more instalments are to follow according to Square Enix).

Outside of the Game of the Year nominees, the most-nominated games include Ori and the Will of the Wisps, Marvel’s Spider-Man: Miles Morales and Half-Life: Alyx, all garnering 5 nominations each. Half-Life: Alyx in particular must have been a breath of fresh air for many people last year: its creators Valve might have been putting off releasing Half-Life 3 for eons now, but with Alyx they proved that virtual reality games can be as involving and fun as the rest.

This looks certainly to be another exciting edition of the DICE Awards then (even if its only in virtual format this year) and one that video game fans will be looking forward to no doubt, so stay tuned for a run-down of the winners when this year’s DICE Awards take place this April.

Note: The DICE Awards took place on April 22, 2021. The list has been updated to highlight the winner in each category (via GameSpot).

Action Game of the Year

Adventure Game of the Year

Family Game of the Year

Fighting Game of the Year

Racing Game of the Year

Role-Playing Game of the Year

Sports Game of the Year

Strategy/Simulation Game of the Year

Immersive Reality Game of the Year

Outstanding Achievement for an Independent Game

Mobile Game of the Year

Online Game of the Year