Many people were shocked and bewildered last May when Square Enix announced its plans to sell IO Interactive, the Danish studio behind the critically-acclaimed Hitman games. After all, their most recent game (Hitman 2016) had been well-received by both reviewers and players alike, and yet here was Square Enix dumping one of the best-known and most-respected studios in the business.

In an interview with GamesIndustry.biz, Square Enix boss Yosuke Matsuda clarified his company’s reasons for severing ties with Danish studio IO, saying this mostly had to do with the lack of resources needed to support the development of Hitman games in the long run.

“Whether it’s our Western studios or Japanese studios, at Square Enix we sometimes end up with conflicts or shortages in terms of resources”, said the Square Enix executive. Matsuda added: “I felt that if we were not able to continue sufficiently investing in Hitman, it could wind up ruining the game – so we found ourselves in a difficult position”.

In the end, Square Enix and IO agreed to a management buyout, letting IO continue its journey as an independent studio while keeping the rights to the Hitman franchise.

The lack of resources Matsuda is referring to probably had to do with the fact that the Japanese publisher is now focused on developing games based on the Marvel universe, with studios like Crystal Dynamics – the folk behind Tomb Raider – now actively working on developing these licensed games.

Still, it’s hard to understand why a man like Square’s boss Matsuda, who stated about Hitman in the interview that “I personally love the game” would make the decision not only to sever ties with IO Interactive, but also to give up control of the Hitman IP too. This likely had to do with the fact that Hitman’s 2016 episodic release simply failed to live up to expectations, and would not be worthwhile for Square Enix to keep pouring money into the series.

“Although Hitman [2016] was very well received, when we thought about having to invest in the second and third seasons and we considered the scale of investment required to do that, and we also had to consider any conflicts with resources allocated to other titles, we decided it would be quite challenging”, said Matsuda. 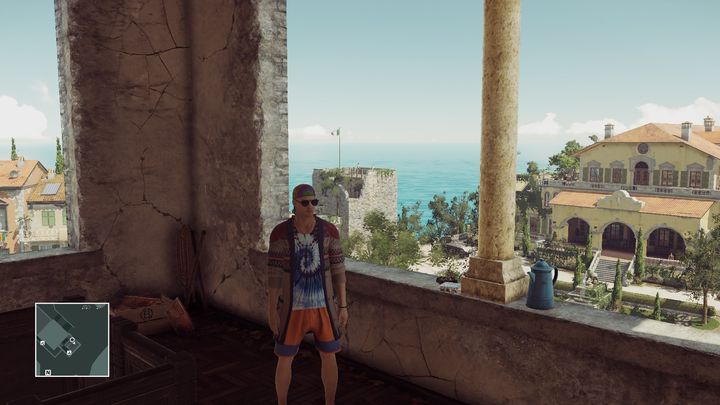 A new Hitman game is already in development, but it’s likely to be quite a bit different from last year’s episodic release now that IO Interactive has parted ways with Square Enix.

So perhaps Hitman dev IO Interactive made a mistake by announcing that it planned to release two more seasons of Hitman so early, especially taking into account that the first episodic season wasn’t selling so well. Actually, according to unofficial data on steamspy.com, the game has less than 1 million owners on PC, while data on website vgchartz.com also suggests that the number of physical copies sold on consoles was pretty low.

And I personally believe it was a mistake for IO to release Hitman episodically, as in doing so it likely alienated most casual players, who might have been expecting another more accessible game along the lines of Hitman: Absolution, the best-selling Hitman game to date.

Also, the episodic release may have put off quite a few of its core fans as well, despite the fact that Hitman 2016 was a return to the classic sandbox stealth gameplay that players have gotten to love over the years.

So, it’s very likely that the next game in the series won’t stick to the episodic model and be more like earlier releases such as Hitman: Absolution. Actually, in an open letter to fans IO Interactive’s CEO Hakan Abrak said that the studio was “making great progress” on its next Hitman game, but he made no mention of whether this would be episodic as Hitman 2016 was.

So it’s unlikely we’ll be seeing the promised seasons two and three anytime soon, as no matter how you look at it, last year’s season one wasn’t a commercial success (otherwise IO would still be under Square Enix’s fold…).

Here’s hoping, though, that the next Hitman game manages to be accessible enough so that casual players can have their fun, while also satisfying the hardcore crowd by offering the deep stealth gameplay the series is famous for.

→
Next: Batman: The Enemy Within – Episode 3: Fractured Mask review