In the end, the rumours proved true, and a new Call of Duty game set during World War II is indeed coming this November. Activision released an impressive and action-packed reveal trailer which shows us what to expect from the upcoming Call of Duty: WWII game, while also delivering a surprise or two to fans of the much-loved military shooter series. And without further ado, here follow the highlights of the Call of Duty: WWII reveal trailer. 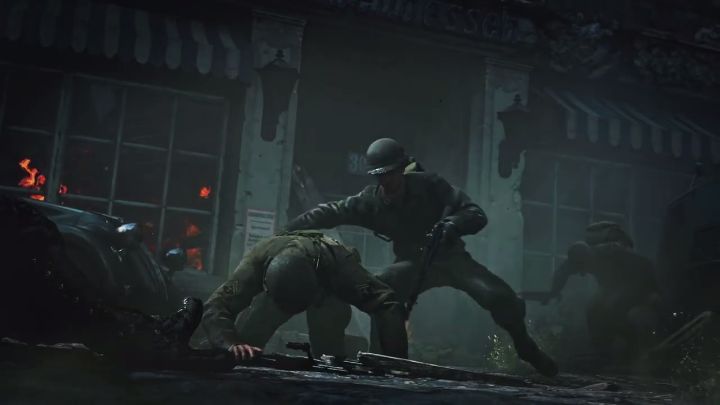 ADVERTISEMENT
While it’s clear that Last year’s Call of Duty: Infinite Warfare broke the mould with its sci-fi setting, most Call of Duty fans were not fond of it, though. So this means the series will be returning to its roots this year, and will be set during World War II. This is a big change from what Call of Duty has delivered in the last couple of years, but one which will surely be welcome by those who remember playing the first Call of Duty games. And the game will also feature some of the biggest battles of the war, including a D-Day scenario, not seen in the series since 2005’s Call of Duty 2: Big Red One.

New characters, including one played by actor Josh Duhamel

Call of Duty has featured some top-notch actors in the last couple years, including Kevin Spacey who played Call of Duty: Advanced Warfare’s villain in 2014. Also, last year’s Call of Duty: Infinite Warfare’s antagonist Salen Kotch was played by none other than Kit Harington of Game of Thrones fame.

And Call of Duty: WWII will feature actor Josh Duhamel, who will be doing motion capture work for the game, playing character William Pearsen, a tough-talking World War II vet. This guy is a private in the US’ 1st Infantry Division, and according to Duhamel he’s “a bit of a dick. He’s somebody who’s mission-before-man”. He’s not who you play in the game, though. Rather, the game’s protagonist is Private Red Daniels, a young and inexperienced soldier who’s just joined the conflict. And you’ll also get to play as a female French resistance fighter at some point in the game’s single player campaign too.