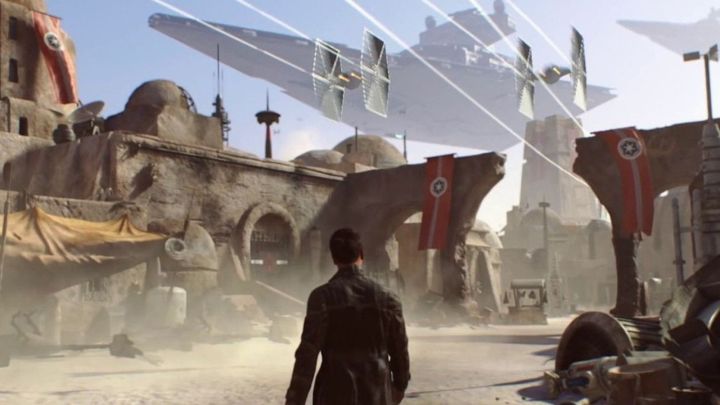 ADVERTISEMENT
Although plenty of Star Wars games were cancelled when George Lucas was running Lucasfilm, one big Star Wars project has already gotten the axe during the Disney era. This is EA Vancouver’s Star Wars game, which itself was a reboot of an earlier game being made by Visceral, the people behind Dead Space. This was going to be a linear, Uncharted-style adventure set in the Star Wars universe, directed by none other than Amy Hennig – one of the people behind Naughty Dog’s Uncharted games.

Visceral Games was closed down by Electronic Arts, though. An increasingly microtransaction-focused EA saw the need to “pivot the design”. The ball landed on EA Vancouver’s roof, who picked up the pieces of Visceral’s game and got to work on an open-world game led by Assassin’s Creed creator Jade Raymond (rumored to be based on the cancelled Star Wars 1313). It was assumed Raymond would be luckier than Amy Henning and see her Star Wars project to completion, but sadly this was not to be, and EA Vancouver’s game ended up being cancelled too in favor of a new multiplayer-focused game which might be hitting shelves sometime in 2020.