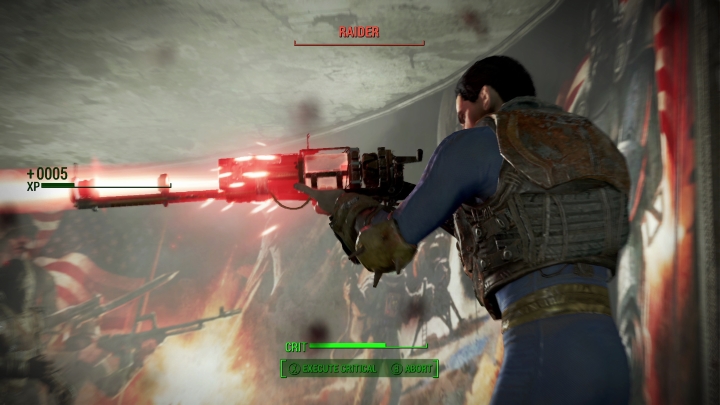 Players can try many different play styles in Fallout 4.

Perhaps Fallout 4’s greatest strength is the numerous ways in which players can build their character (who can be either gender). The game offers an enormous perk tree with many abilities that players can assign points to when they level up, including perks like Sneak, which makes the player harder to detect and is great when you want to play as a silent assassin in the Boston Wasteland.

It is clear that Fallout 4 gives players loads of choice when it comes to building a character, and one can play as a deadly sniper or a brute wielding a baseball bat, or anything in between… In The Witcher 3, though, players are stuck with Geralt’s witcher spells and dual swords. And while the grizzled Geralt is a great character, he still might not be to everyone’s liking.

Meanwhile, combat in The Witcher 3 is sometimes a hit or miss affair due to Geralt’s often clumsy movements, and while Fallout 4’s shooting action isn’t always great, at least that game’s VATS system, which lets players pause the action and aim precisely at the target, adds many tactical options to the game.