Fortnite’s season 7 is now past the mid-point, with Epic recently revealing the challenges corresponding to week 6 of the current season, which is scheduled to end in 4 weeks.

Since the second challenge involves the most trekking around the map I’ll begin by discussing it. The chilly gnomes are trapped in ice cubes and scattered throughout Fortnite’s map. As you can image the gnomes are located in chilly places, so that means you should be searching on the snow-covered part of the map (as is to be expected). Below I’ve marked 7 locations where I found “Chilly Gnomes” on Fortnite’s map (you need to search 7 gnomes to complete the challenge). 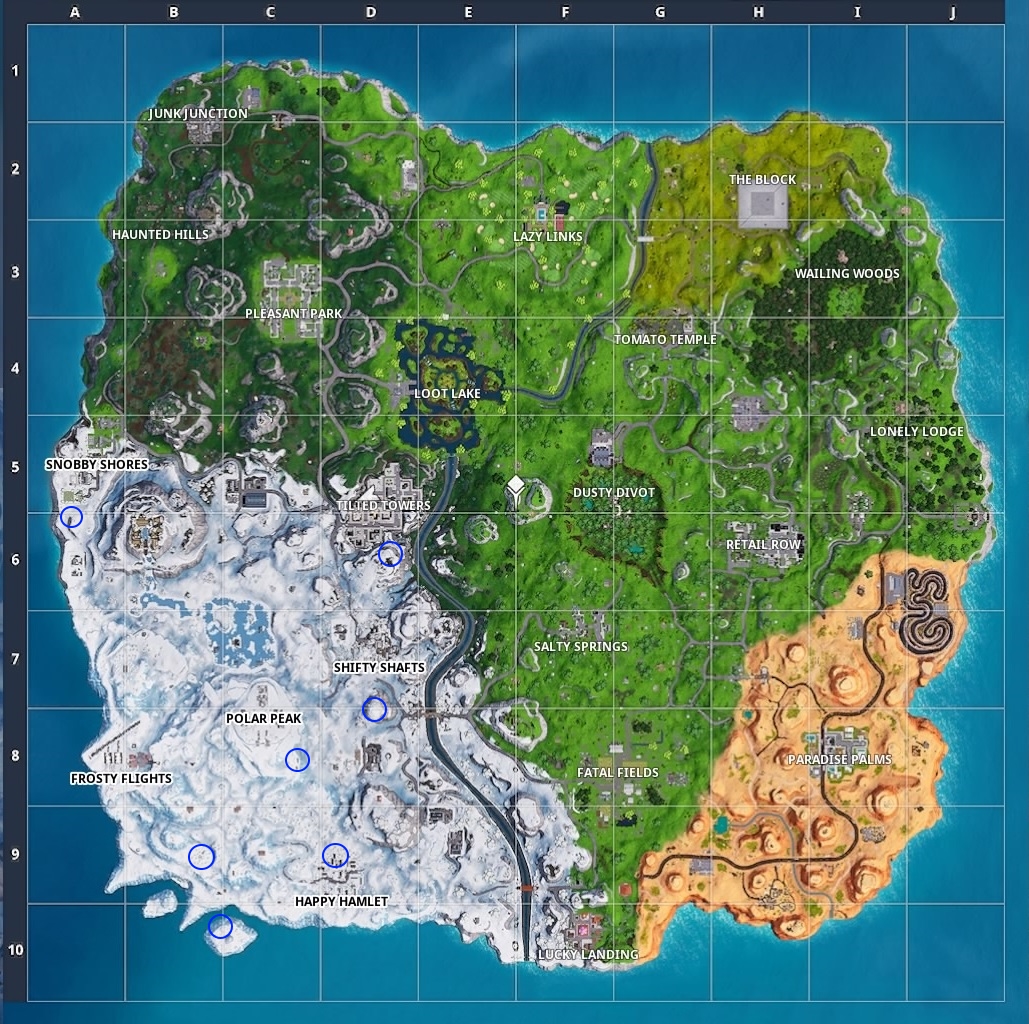 Relative to named locations, these places are: south of Snobby Shores, just southeast of Tilted Towers, south of Shifty Shafts on a hill, southeast of Polar Peak on low ground, just north of Happy Hamlet, between Frosty Flights and Happy Hamlet on elevated ground, and in the northern part of an islet south of the main map.

The image below shows how the gnomes you’re searching for look in the game: they’re trapped in ice cubes and look as they would in any fantasy movie. As you can see in the image though, I got trapped in the storm while searching for gnomes, so it pays to be hasty when completing this challenge, while also avoiding enemy fire – a game mode such as Disco Domination might make it easier to complete the challenge. 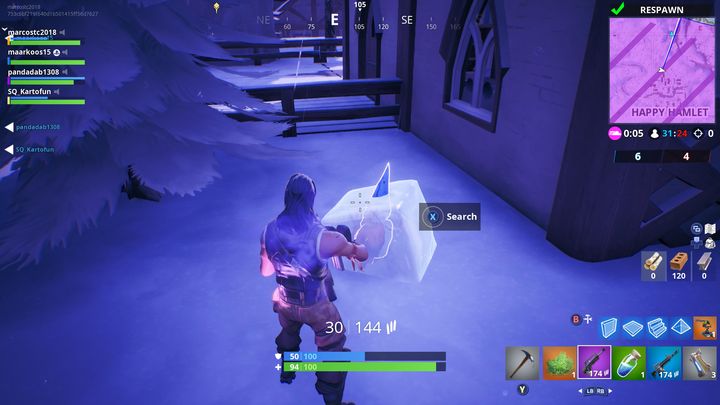 Thankfully, this week’s other challenge (searching for ammo boxes in named locations) is easier than finding the gnomes. All you’ve got to do is find and search 7 of these boxes inside buildings at locations like Happy Hamlet, Tilted Towers or Snobby Shores, as seen in the image below. 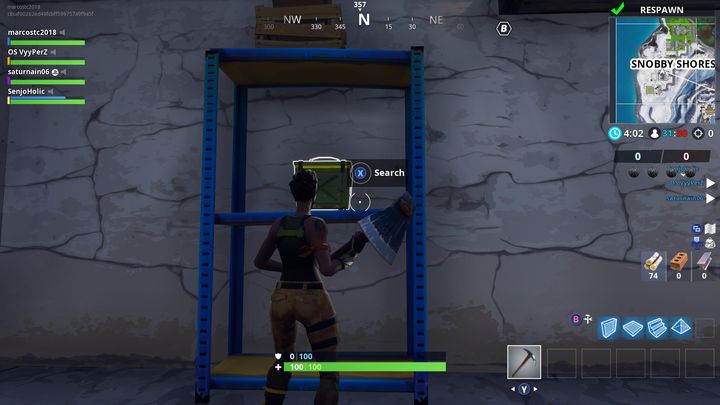 Aside from these two, the other free challenge of the week involves eliminating opponents in two different locations: Tilted Towers and Lucky Landing. To do this, it might be easier to play a game mode like Disco Domination instead of the classic solo mode as mentioned earlier, giving you a better chance of eliminating opponents when playing as part of a team.

This is another interesting batch of challenges which should keep players hooked to Fortnite for another week then, and do stay tuned to this website for more information regarding Fortnite’s forthcoming challenges as they become available in the game.

→
Next: Here’s the new content coming to Hitman 2 this January