PC technology enthusiasts and gamers are eagerly awaiting the release of Nvidia’s next-generation graphics cards, although technology company Nvidia is yet to make an announcement of when its RTX 40 series graphics cards will arrive.

Actually, the company failed to do so at this year’s Computex show in Taiwan. It was expected that it would say a word about its new line of GPUs (it instead focused on other things such as cloud gaming and AI, though).

But according to recent leaks, an announcement (and possibly a launch) could take place this July. The current-gen graphics cards, the RTX 30 series, were announced on September 1, 2020, and began hitting retailers a little more than two weeks after that. So if this leak proves correct, the RTX 40 series boards could be available to buy this summer, with an early July announcement and mid-July 2022 launch.

Since Nvidia remained tight-lipped about the RTX 40 series at Computex in May, it will possibly have its own launch event instead (the other major show this summer is Gamescom but that is in late August).

As has been the case before, Nvidia is expected to launch the higher-end cards first. This means that the top of the line GeForce RTX 4090 (together with the RTX 4080) will be debuting first. The RTX 4070 is expected to arrive some time after the other two. It was initially rumored that the RTX 4090 would launch in September, but it now seems a July launch is one the cards, as stated earlier.

Regarding price, expect the RTX 4090 to cost as much as the RTX 3090. That is, at least $1499.99 US dollars for Nvidia’s Founder edition graphics cards, with partner boards possibly costing more than this. People have been happily paying more (way more in some cases) than this for the RTX 3090 and other cards like the RTX 3070 during the pandemic due to lack of supply, with prices being marked up more than 100 % in some cases.

Nvidia was likely paying attention and could increase the RTX 4090’s MSRP or manufacturer suggested retail price by 10 % or 20 % or even more, meaning the RTX 4090 could end up selling for a price closer to $1800 US dollars. This is all speculation for the time being, though, and there’s no reason why Nvidia won’t just settle for the same MSRP for this card as its predecessor the RTX 3090 had (about $1500 US dollars that is). 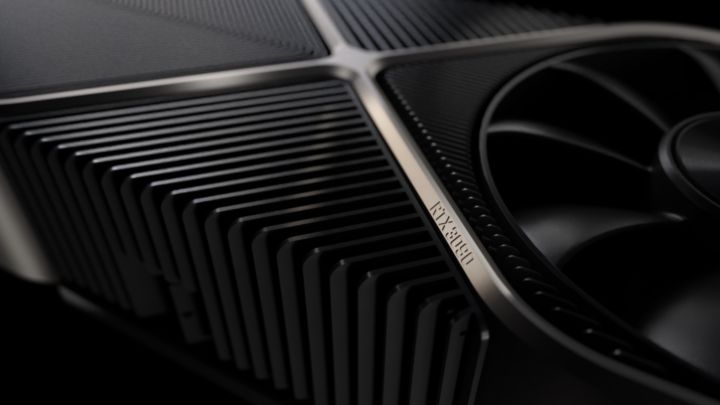 The GeForce RTX 4090 graphics card could offer twice the performance of the RTX 3090, and might launch this July.

The RTX 4090 will be a more power-hungry card than the RTX 3090 though: it will draw 450 W of power vs the 350 W the RTX 3090 requires. While this represents an increase of more than 30 % when compared to the previous flagship card, it’s still a far cry from the 600 W of power or more that earlier rumors had claimed (although it seems an upcoming RTX 4090 Ti variant of the card will indeed consume this much power).

The increase in power is something to be expected taking into account that the RTX 4090 will seemingly offer twice the performance of the RTX 3090.

Because while the RTX 3090 is currently the fastest consumer graphics card available (well, the second fastest after the RTX 3090 Ti although the difference is small), it still struggles with some modern games when playing at 4K with all graphical settings turned up.

Actually, technology website TechRadar described in a recent feature how the card struggled to reach 60 frames per second in zombie video game Dying Light 2 with all settings at maximum, and this is without any ray tracing effects enabled. But the point of the article was to see how well the RTX could cope with running Dying Light 2 at 8K resolution, that is 7680 x 4320 pixels.

It seems the RTX 3090 could achieve playable frame rates with graphical detail settings on “high”, but this was only with Nvidia’s DLSS scaling technology enabled. This does not yield an image as good as native 8K, but enabled the RTX 3090 to reach an average frame rate of more than 30 frames per second. And 60 frames per second were only achievable by dropping detail to “low” and using AMD’s FidelityFX Super Resolution scaling (which Nvidia’s card also supports).

So if the upcoming RTX 4090 does indeed deliver twice the performance of the RTX 3090, running games at 4K resolution with all the bells and whistles, and ray tracing, should be possible in more games. And doing so at 8K resolution might also be a possibility by dialing down some graphical settings.

What’s clear, though, is that many people will be looking forward to Nvidia’s RTX 40 series this year, so it would be a great thing if the company makes an announcement sooner rather than later.

Read more: Graphics card prices have been falling in 2022, but you might still want to hold out on buying one