Despite the tremendous amount of expectation surrounding the launch of the Oculus Rift and other headsets last year, the truth is that virtual reality has failed to take the world by storm to date.

This is despite the fact that there have been some pretty good VR games like Eve Valkyrie, and that some major releases like Resident Evil 7 have also featured VR support. And Sony’s PlayStation VR sure is a more affordable option for those who want to test the waters than other more expensive headsets like the Rift or HTC’s Vive.

Things could get more interesting this year though, as major companies like Ubisoft are gearing up to release new VR games, plus Valve Corporation recently announced that it is currently working on three VR games too.

Of course, Valve is better known for its world-conquering Steam online store, the site of choice for PC gamers who want to buy digital video games, but the company was also behind some top-notch games like the classic Half-Life 2 and Portal 2. 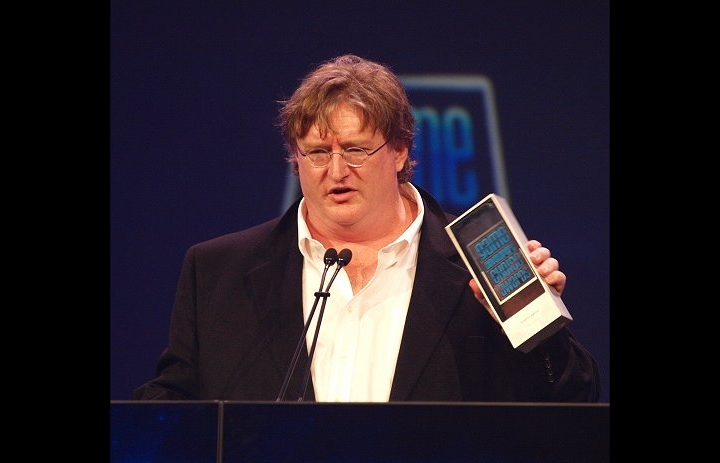 Is Valve’s Gabe Newell hiding an ace up his sleeve when it comes to VR?

The Valve CEO also added that “VR is not going to be a success at all if people are just taking existing content and putting it into a VR space”, while also saying that “one of the first things we did is we got Half-Life 2 and Team Fortress running in VR, and it was kind of a novelty. That was purely a developer milestone”.

It remains to be seen, though, whether Valve’s upcoming VR games will be compatible with other headsets besides the Vive, which the US company co-developed with Taiwanese partner HTC. And it’s also not likely that one of these games will be Half-Life 3, as it’s unlikely Valve would turn its top video game franchise into a purely VR experience. Although Valve’s admission that it made a VR version of Half-Life 2 and Gabe Newell’s recent statements suggesting Valve hasn’t ruled out Half-Life 3 mean this might not actually be such a crazy idea after all…

But still, given Valve’s superb track record when it comes to making video games, the company’s three upcoming VR projects will certainly be something to look forward to in a year that could be the best yet for virtual reality gaming.