Hitman 3 was one of the top games which saw a release last year. It was also one of the most successful releases of 2021, jumping to the top of sales charts and roundly beating its predecessor when it came to digital sales too.

But instead of basking in the success of their latest Hitman game, Danish developer IO Interactive has been putting out extra content regularly for Hitman 3 since launch, the biggest addition to the game to date being the new Ambrose Island map released this July.

It’s clear, though, that many Hitman 3 players are waiting for the eagerly anticipated Freelancer mode, a new single player gameplay mode which the Danish outfit announced earlier this year.

This new mode will be “the next evolution of Hitman and an entirely new way to engage with the world and characters that we’ve built into the World of Assassination over the last 7 years” according to IO. More recently, the developer has said that the mode “introduces rogue-like elements, strategic planning and a customisable safehouse”.

The mode boasting a new location (a safehouse for Agent 47) is a plus, and truth be told Freelancer does sound like a pretty exciting addition to the game. 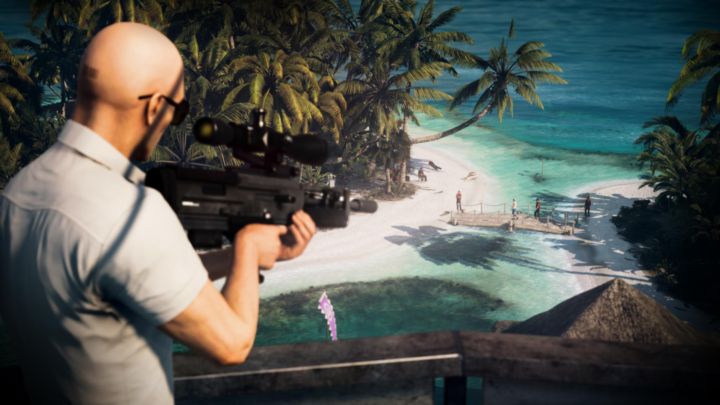 Hitman 3’s Freelancer mode will feature almost all of the trilogy’s locations at launch according to IO Interactive.

However, those looking to dive into this new gameplay mode might be disappointed by the fact that IO has now delayed Freelancer mode out of 2022, with it arriving in early 2023 (January 26) instead. The mode was originally scheduled to launch this spring. The Danish team, when it previously delayed the mode to the second half of 2022 in May, said the reason for this is that they were looking to “make the mode all it can be”.

IO Interactive has also set a date for a “closed technical test” of this new gameplay mode, to which a few select Hitman players will be invited… The goal of this is “putting our servers under stress to prepare for launch”, as well as balancing and analyzing player behavior according to IO, although not all of the Freelancer mode’s features will be available during the test.

Apparently killing syndicate leaders, customizing Agent 47’s safehouse and “unlocking mastery” as in the main game will be a thing in this new single player gameplay mode. Which sounds exciting enough, of course.

As stated earlier, Freelancer mode will arrive on January 26, 2023 (assuming there are no further delays, that is), and will be free to all owners of Hitman 3.

Also, according to IO, Freelancer mode will also utilize “most” of the locations in its World of Assassination trilogy at launch. It is not known yet which locations will be left out of this new gameplay mode, but here’s hoping that the locations featured in Hitman 2’s expansion pass are included, especially Haven Island, a paradisaical tourist resort in the Maldives that’s one of the series best settings to date.

Nonetheless, Freelancer mode could become one of the best features of Hitman 3 if it turns out to be great, something that Hitman fans will no doubt be hoping for when this new single player mode for one of last year’s best games becomes available to play early next year.