People were excited when the people behind the Hitman games, Danish developer IO Interactive, announced that they were working on a James Bond game, the working title of which is “Project 007”.

And this makes sense taking into account that Hitman surely is one of the most successful video game franchises of all time. Since kicking off in 2000, the series has sold millions of copies, while two major motion pictures (one good, one pretty bad) based on the games have hit the theatres over the years.

Of course, the James Bond franchise is even bigger, with many movies hitting the silver screen since the first one came to theatres in the 60’s. There have been also several video games based on the movies, the best-known likely being GoldenEye 007 for the Nintendo 64. But others like 007 Legends were not particularly memorable, so people are certainly looking forward to IO Interactive’s recently announced James Bond game.

However, since making the announcement last year, the company has remained tight-lipped about it, no revealing further details about their upcoming game starring iconic British spy 007.

Thankfully, though, the company’s CEO and co-owner Hakan Abrak has broken the silence and has talked about the game in a recent interview with IGN (via GameSpot).

In the interview, Abrak explained how this is the first time IO Interactive has worked on a licensed game – they’ve only worked on their own IPs up to this point, such as Hitman and other lesser known series like Kane & Lynch.

However, this apparently won’t prevent IO from doing its own thing, as their James Bond game won’t be based on any of the movies released to date, letting IO come up with their own story for the game.

“It’s not just because it’s a big IP, or it’s a licensed game, and commercially this is interesting… It means nothing to us”, said Abrak in the interview. “The passion needs to be there, so it was very important for us that it wasn’t a movie adaptation. So, it wasn’t a game about… a specific movie, where the story has already been told”, added IO Interactive’s CEO.

IO Interactive managed to convince James Bond owner EON Productions that creating their own version of Bond and being able to tell an original story would lead to a better game.

“It’s very important that we could create a digital Bond. A Bond for the gaming industry… So it’s a completely original story. This felt really, really important for us and we conveyed that to EON and they agreed that the result would probably be better doing it like that”, said Abrak.

The IO Interactive man also said that they would be inspired by the whole franchise when making their game, and not by “one movie, or games and whatnot”. 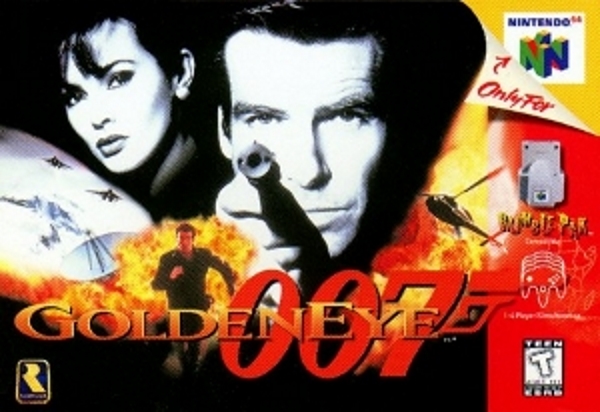 GoldenEye 007 for the old Nintendo 64 console caused quite a stir in 1997. Will IO Interactive’s James Bond game be as successful?

Of course as stated earlier, there have been good and bad James Bond video games, and surely fan-favorite GoldenEye 007 for the Nintendo 64 console will be a source of inspiration for the team at IO. Others like 007 Legends will be more a lesson on how not to make a 007 game, while the Danish developer will likely also be drawing from the best movies to star the British spy like Casino Royale and Goldfinger.

IO Interactive also has a big advantage in the fact that its latest Hitman games really have a James Bond vibe about them. For example, the intro to Hitman 2016’s first mission sees protagonist Agent 47 wearing a tuxedo and walking on a red carpet before putting down two villains which could have come out straight out of a James Bond movie. The setting for this mission is a luxurious palace in France which certainly wouldn’t look out of place in a 007 movie.

The Hitman games are also more stealth than action oriented than what’s out there nowadays, something which likely also helped IO Interactive bag the James Bond license. Actually, Bond boss Barbara Broccoli had lamented that earlier 007 games had featured “violence for violence’s sake”, something that likely won’t be the case with IO’s game.

It would be great for both James Bond fans and those fond of the Hitman series if IO Interactive could come up with a great game starring Agent 007 then, even if the studio’s Project 007 game is still a long ways off. But this is still something to look forward to as we wait for the latest movie in the franchise to hit theatres later this year.

→
Next: BioWare details gameplay improvements in Mass Effect: Legendary Edition
Share this >
YOU MAY ALSO LIKE
MORE ON LAKEBIT