Although few people were expecting it, Pókemon fever is once again sweeping the world, and Nintendo’s Pokémon Go is already the most popular mobile game in the US according to gaming website GameSpot. So it seems millions of people are enjoying this new smartphone game by developer Niantic (even if it’s actually just a rehash of the developer’s earlier Ingress game for mobiles…)

Pokémon Go’s greatest novelty is undoubtedly its AR (Augmented Reality) features, and the fact that it makes players go out and explore the real world instead of play at home. Using the game’s map and the phone’s GPS system, players hunt for the cute little creatures known as Pokémon in their city, with visual cues on their phone’s screen alerting them to the presence of nearby Pokémon, which they can then capture by flinging “Póke Balls” at them.

Once captured, Pokémon can be evolved, and also made to battle other players Pokémon at locations known as gyms (usually situated near real-world landmarks), in order to take over these gyms and claim territory. And there’s no doubt that trekking outdoors and even meeting strangers and socializing a bit while discussing their game of Pokémon can be a great experience.

But is there a dark side to Pokémon Go? The truth is that some players have become so obsessed with Nintendo’s latest game (and seemed to have lost contact with reality as a result) that there have been all sorts of accidents involving distracted Pokémon Go players. For instance, one man climbed over a fence and fell off a cliff in California, while a man was so busy hunting for Pokémon Go in his neighbourhood that he drove his car into a tree according to USA Today. 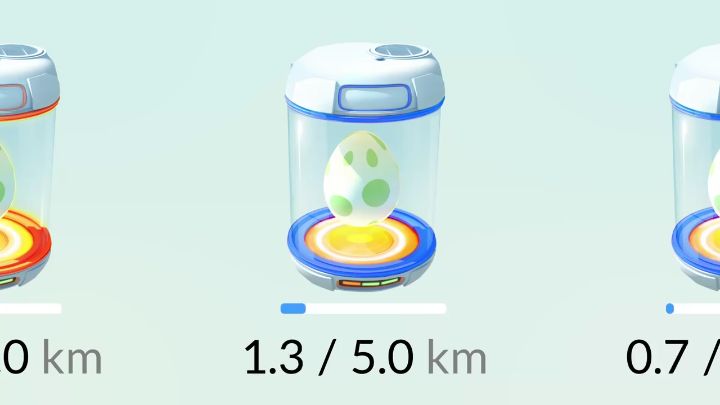 Pokémon Go has players walking long distances to make eggs hatch for instance, and this has caused the odd accident or two…

And fear of Pokémon Go-related accidents even led the Australian police to post a notice on their Facebook page, reminding players to “stay safe” and look both ways before crossing the street, although the Darwin Police Station department still urged players to have fun playing Pokémon Go, encouraging them to “catch ’em all”.

Also, some unscrupulous people have taken advantage of the current Pokémon craze to commit crimes, as robbers have been targeting Pokémon Go players on the hunt for Pokémon using the game’s social features, by leading them to isolated spots in the US state of Missouri, according to The Telegraph.

There have also been privacy concerns regarding the Pokémon Go game, as one user found out the game’s iOS version has full access to people’s Google accounts, which is something that had many privacy advocates nervous, taking into account that the game is now running on millions of smartphones the world over (note: this has recently been patched according to gamespot.com).

Also, while the game is free to play, Pokémon Go features those reviled microtransactions allowing players to buy egg incubators and the like, meaning you could end up spending more than originally anticipated, although given the game’s popularity it is unlikely anything will prevent Pokémon Go from becoming a golden goose for Nintendo…

In the end though, as long as players are happily enjoying Pokémon Go without letting the game turn into an obsessive activity everything will be well, and hopefully people in countries yet to get Pokémon Go will have as much fun hunting Pokémon in the wild as the millions who’ve already played and loved Nintendo’s game to date.