No Time to Die is one of the most eagerly anticipated movies of the year, no doubt. And millions of people the world over were anxiously waiting to step into a movie theatre this April and watch the 25th instalment of one of the most iconic movie sagas of all time.

However, venerable movie studio Metro-Goldwyn-Mayer (or MGM as it’s known to its friends) poured cold water on James Bond fans’ heads earlier this month when it announced that No Time to Die would be delayed until November this year, a full seven months from its original release date this spring.

The reason for the delay was the spread of coronavirus, and the rising number of cases of the disease associated to it (COVID-19) being reported all over the world, as was recently covered on The Hollywood Reporter (via GameSpot).

This means we’ll have to wait until November in order to see English actor Daniel Craig in action in another Bond movie, along with fellow cast members Rami Malek (who plays the villain) and sexy actress Ana de Armas, who plays a Bond girl in the movie.

MGM might have thought that annoying a portion of its audience would be the lesser evil here though, as it could have lost at least 30 % of box office revenue if it had gone ahead and released the movie in April. This is a significant chunk of change, taking into account the movie is expected to rack up $1 billion or more in ticket sales all over the world.

However, delaying the movie until November will still cost MGM: sources told The Hollywood Reporter that the cost of the delay could be as high as $50 million, which is nothing to scoff at either. 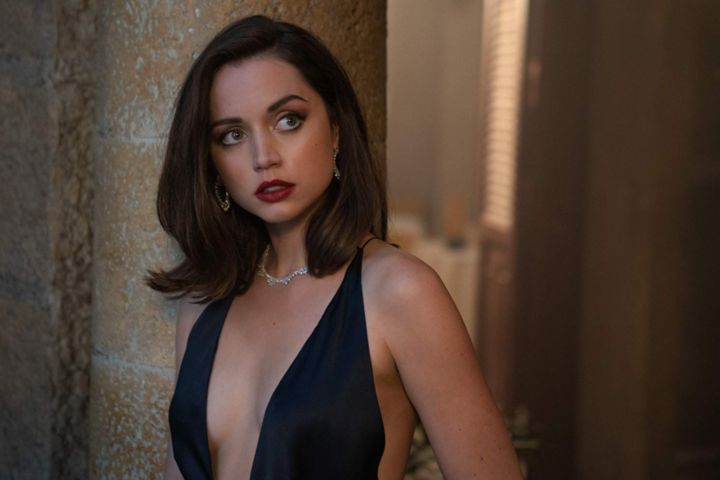 It’s clear, though, that MGM is taking quite a bit of risk here too, as there’s no guarantee that the coronavirus epidemic will be under control by November. Right now over 70,000 movie theatres are closed in China (and there’s no hint of when these will reopen) while countries like Italy have imposed strict quarantine measures, meaning people are less likely to visit a movie theatre even if the latest James Bond film is on show.

But no matter how justified it may be for MGM to postpone the release of Bond 25 given the current global health crisis, conspiracy theories have emerged online, providing alternative explanations about what really is behind No Time to Die’s delay.

One of these says the delay might have to do with the movie’s plot itself, which may involve a chemical weapon or even a virus of some sort, which the movie’s villain Safin (Rami Malek) wants to let loose in the world. This, of course, would be very insensitive given the current coronavirus outbreak, prompting MGM to delay the film until (hopefully) the current, real-life epidemic is under control.

Another of these theories goes that recent test screenings for the movie did not go well, with test audiences reacting negatively to parts of the movie. So MGM would have delayed the film until November in order to reshoot certain parts of it and improve the end product towards a November release. This one, of course, would be easy to verify is No time to Die reshoots actually do end up taking place sometime before the movie’s new release date.

The hard truth, and setting fan theories aside, is that No Time to Die won’t be coming until November now, so here’s hoping this turns out to be another great entry in the long-running movie saga when it hits theatres this fall.

Note: No Time to Die will be released on November 12 in the UK, and November 25 in the US.

IMAGE CREDITS
No Time to Die (Metro-Goldwyn-Mayer)
→
Next: Ubisoft looking at digital alternatives now that E3 2020 has been cancelled