It appears that the Resident Evil movie series, one of the longest-running in Hollywood history, will come to an end on January 27, 2017. That’s the release date of Resident Evil: The Final Chapter, the last movie of the series according to director Paul Anderson. And the American director, who was also behind the successful Mortal Kombat movie, has not only made one of the most popular and top-grossing B-movie franchises to date, but also a video game movie series that has found an audience amongst non-gamers.

This is quite a feat, considering that video game movies mostly appeal to fans of the games themselves and that these movies tend to be looked down on by the critics (and Anderson’s Resident Evil series is certainly no masterpiece of cinema).

But still, fans of the series have at least one more Resident Evil movie to look forward to, and producer Sony Pictures has confirmed that shooting is underway in South Africa. And Resident Evil: The Final Chapter will bring back some noteworthy characters of the series, including (of course) ass-kicking protagonist Alice, who is played by sexy Hollywood actress Mila Jovovich. 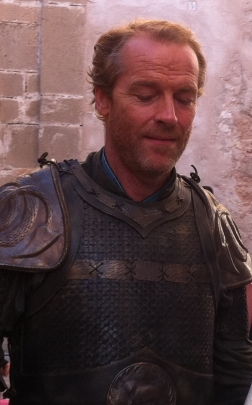 Iain Glen will be back in Resident Evil: The Final Chapter

Other Resident Evil characters include Dr. Isaacs, who is played by Game of Thrones veteran Iain Glen, although it remains to be seen how his return is explained in Resident Evil: The Final Chapter, as he was last seen being sliced to pieces in an earlier movie. Also actress Ali Tarter, who plays Claire Redfield and made her last appearance in Resident Evil: Afterlife, will return for this final instalment. It remains to be seen what her role will be in this upcoming Resident Evil movie though, as her character was kidnapped by the evil Umbrella Corporation in that earlier movie. And charismatic actor Shawn Roberts will also reprise his role as the villain Albert Wesker, former leader of the Umbrella Corporation, who according to producer Sony Pictures will once again betray Alice before the final showdown between the survivors and the undead hordes led by the evil supercomputer known as the Red Queen.

All in all, and given the standout cast, it looks like Anderson’s last Resident Evil movie will offer plenty to savour to fans of this long-running action-horror movie series when it is released in early 2017.

→
Next: The Top 5 Video Game Trailers of the Decade