But his words did bring up the spectre of sex in video games, a thorny subject that seems to get gamers embarrassed more often than not. After all, the portrayal of sex in video games to date has been less than stellar, with Canadian outfit Bioware ironically being one of the few developers in the industry to have made a decent attempt at it.

Because even high-class devs like CD Projekt could not help but get their sex scenes all wrong in games like their masterpiece The Witcher 3: Wild Hunt. In this role-playing video game, the titular witcher Geralt gets intimate with the sorceress Yennefer on a unicorn. This sex scene doesn’t come across as sexy or romantic, rather it is a bit corny and silly, although still undeniably fun to watch. 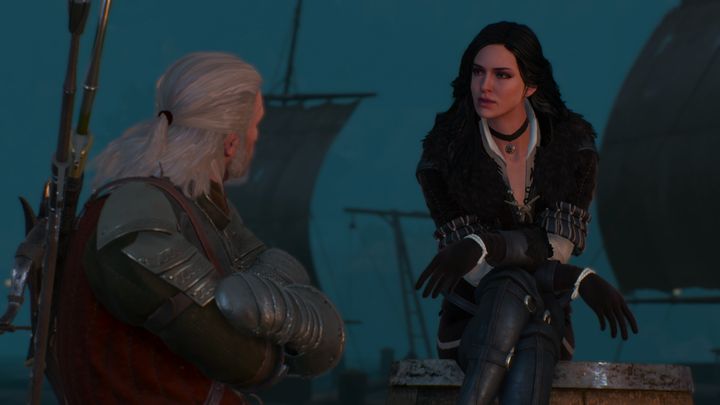 Not even The Witcher 3 could get sex right in the game.

Bioware themselves have not always succeeded when it comes to getting video game sex scenes right either, as is the case with their 2010 hit video game Mass Effect 2. This game features a sex scene between lead character Commander Shepard and the delightful Miranda Lawson, who was modelled and voiced by sexy TV celebrity Yvonne Strahovski. Their sex scene feels a bit artificial though, like two plastic mannequins rubbing each other, and despite the game’s high production values, doesn’t excite that much.

Besides Bioware, other video game companies have attempted to mix in romance, relationships and sex in their games, such as Obsidian in their underrated spy simulator Alpha Protocol. This is a game that was largely dissed at release and forgotten afterwards due to its buggy launch and half-baked ideas, even if it featured some interesting gameplay and characters. Also, protagonist Michael Thorton could hit it off with the voluptuous German spy SIE, in a boring scene with too much silly foreplay and very little payoff…

Perhaps one of the games that mostly got the sex right was Bethesda’s Wolfenstein: The New Order, despite being an over the top first-person shooter with an enormous arsenal of guns set in a Nazi-occupied world. Here, muscle-bound protagonist BJ Blazkowicz gets intimate with his companion Anya Oliwa during a train ride in a scene that doesn’t seem forced at all or appear to be there for hormonal adolescents to drool over. Blazkowicz and his partner share a common bond in a dramatic war scenario and this is reflected in the scene, plus there’s another well-produced sex scene in the game that’s not just there for titillation either.

Other games like GTA V did not handle sex so well though, and ended up being controversial due to their portrayal of women and sex workers in particular.

So the question now is, given that sex in video games has been less than stellar to date, how good will it be in Bioware’s upcoming Mass Effect Andromeda? We already know that the game will likely feature more explicit scenes than earlier Bioware games, as this is the company’s first RPG to include full nudity unlike their earlier games like Dragon Age: Inquisition which only featured partial nudity.

And it’s clear Mass Effect Andromeda will reward players who engage in relationships and romance, as its trophy / achievement list features an award for completing romances with three different characters in the game (this does not have to be in one playthrough, though), according to Eurogamer.

One of the characters players will be able to romance in the game is Peebee, an alien from the blue-skinned Asari race, meaning Andromeda will also feature interspecies sex scenes like the earlier Mass Effect 3. It remains to be seen, though, whether Bioware’s new game will end up being as controversial as the original Mass Effect was due to its sex scenes back in 2008, when news channel Fox ran a story about the supposed “graphic sex” which actually was nowhere to be found in Bioware’s video game.

So now that Mass Effect Andromeda’s release is just around the corner, players will get a chance to see whether Bioware has taken relationships, romance and sex one step further with this game, or whether we’ll be getting the same old silly video game sex we’ve seen in most games to date. But if one game company can get this aspect of a video game right that’s Bioware, so hopefully Mass Effect Andromeda will score in this department when it finally hits the shelves this month.