Monster Hunter World, an upcoming video game by Capcom, is no doubt one of the most eagerly-anticipated releases of 2018. After all, the Monster Hunter series has been going strong for more than 10 years, garnering millions of followers worldwide, so it’s logical that many are eager to get their hands on what could end up being the best entry in the franchise to date.

The game is slated for release on January 26, meaning it’s launching in less than two weeks now. This is only on PS4 and Xbox One, though, because as is usually the case, the PC version will be launching later (fall 2018, actually).

Video game publisher Capcom recently clarified the reasons for not launching the game on PC this January together with the console editions, and these have mainly to do with the developer wanting to make sure this first Monster Hunter game on PC is a worthy release.

“This is our first PC title and it’s something we want to make sure we get right”, game producer Ryozo Tsujimoto told GamesRadar (via PC Gamer). “We want to get console out the door and then we’re going to take some extra time and try and get the PC version as good as possible”, added Tsujimoto.

Monster Hunter World’s producer also spoke of the difficulties related to getting the online multiplayer on PC working optimally as a reason to delay the PC version of the game until the fall.

“On console you use first party matchmaking, you just kind of plug into it, whether it’s PSN or Xbox Live, but on PC we’re going to have to work more to get our own matchmaking working”, said Tsujimoto.

Despite Tsujimoto’s explanations, though, it’s still disappointing that Capcom did not manage to get the PC version ready for a late January launch with the console editions, as other major franchises like Assassin’s Creed and Call of Duty did have simultaneous PC releases last year.

But at least those who game on consoles will pretty soon get a chance to sample the game, as the final PS4 beta will kick off in less than a week as Capcom recently announced in a tweet. 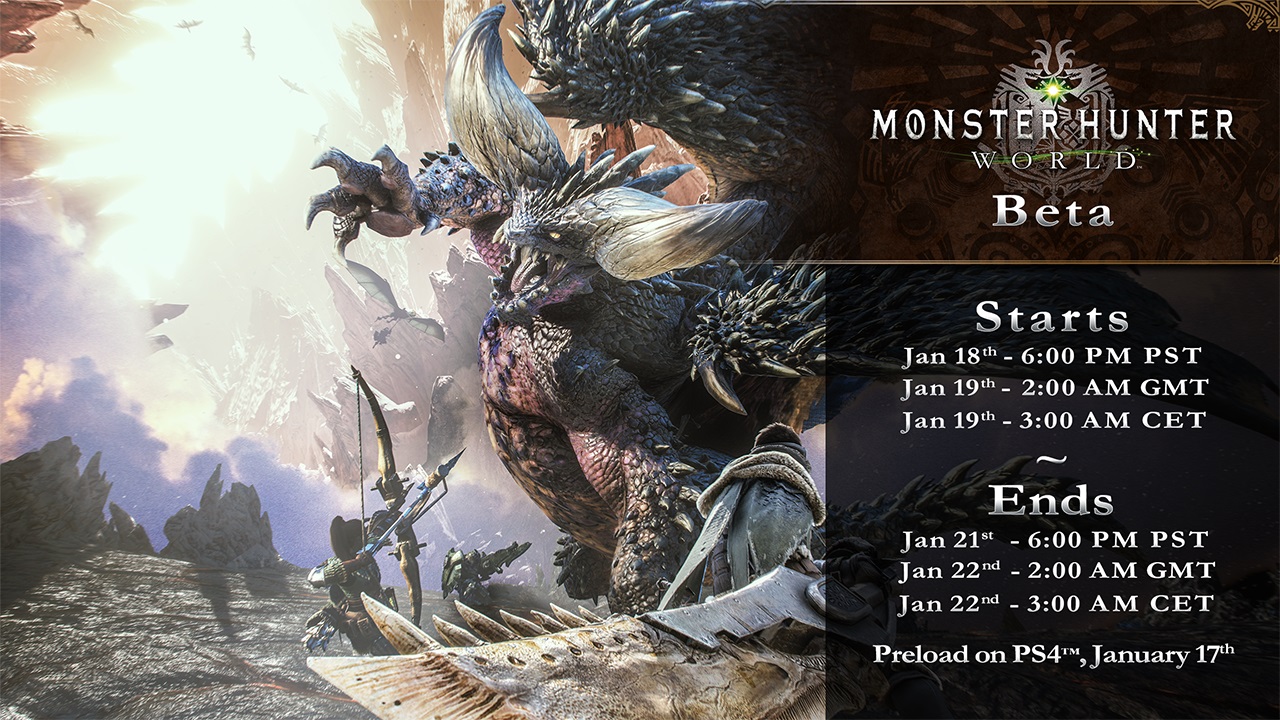 ADVERTISEMENT
This final beta will feature the same two areas as the previous beta tests, and the same monsters, but also includes the fearsome Nergigante, meaning your monster hunting skills will no doubt be tested to the max.

You can begin preloading the beta, which kicks off on January 18 and ends on January 22, next Wednesday (January 17).