One event many video game fans are looking forward to in 2020 is the launch of next-generation consoles from Microsoft, Sony (and possibly) Nintendo.

And when the holiday season arrives, everyone is going to focused on the duel between the Xbox Series X and the PlayStation 5. Both are confirmed to be shipping with super-fast SSD drives and powerful multicore processors that will leave current-gen consoles in the dust.

Sony and Microsoft are yet to fully reveal their consoles though, but in the meantime, a steady trickling of rumors might have disclosed more information about the companies’ next-gen hardware.

Regarding the PS5, recent rumors might have revealed some of the console’s most exciting features, while a recent leaked image could give a glimpse of the PS5’s user interface as was recently reported on notebookcheck.net.

The user interface seen in the image below looks convincing enough with icons for PlayStation Store, Capture Gallery, PS Now and internet access, even if the color scheme does not quite look the part. The image may have been taken using a development kit and not the final console which will be hitting retailers this fall, which might explain the odd color scheme. 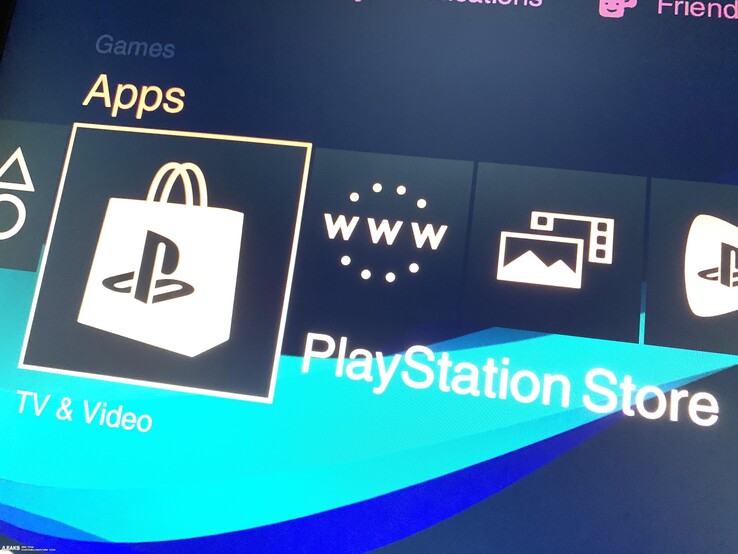 ADVERTISEMENT
Like all leaks of this kind, though, this should be taken with a huge pinch of salt – plus this also looks like the standard PS4 user interface with a theme as some have pointed out, meaning this might not actually be the PS5’s UI after all.

Another leak also discussed on Notebookcheck points to a variant of the PS5 shipping with a 2 TB hard drive… This would certainly be good news for those who are constantly running out of space on their consoles when it comes to install new games. How much this may cost is another matter though, given that SSD drives of this capacity are still quite pricey at the moment. The base model of the PS5 is rumored to be shipping with a $500 US dollar price on October 30.

It shouldn’t be long before all these rumors are confirmed (or finally thrown into the digital dustbin) as Sony will supposedly do a full reveal of the PS5 later this month, so stay tuned to this website for more information about Sony’s next-gen console as it becomes available.

Read more: These are the top new features of the PS5 according to leak

IMAGE CREDITS
PS4 user interface (Sony)
→
Next: Atari is getting into hotels this year