Released back in 1985, the NES console was one of the most popular ever made, selling more than 60 million units and boasting a library of classic video games including The Legend of Zelda, Super Mario Bros. and Donkey Kong Jr.

Of course, back in the 80’s technology was nowhere near as advanced as it is today, so those games don’t look remotely as good as today’s AAA releases like Uncharted 4, but they still had rock-solid gameplay and were tons of fun to play, which is what matters in the end though…

And fans of Nintendo and those who grew up playing NES games, or those who simply want to try classic games like the original The Legend of Zelda for a little retro fun are in luck, as Nintendo will be bringing their classic console back from the dead and releasing a new version of it this fall. 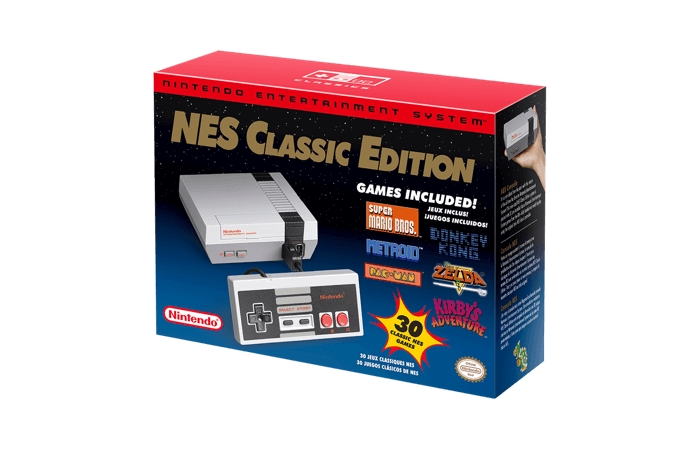 This won’t be a full-fledged console though, as according to Kotaku the machine won’t be able to connect to the Internet or be able to access remote storage like flash drives in any way. Also, the new NES will feature the cartridge lid like the old one did, but it won’t be possible to actually open it, as it appears to be there only to please nostalgia fans and to make the machine look as much as the original as possible.

So this means that players will only be able to enjoy the 30 games that come preloaded with the console (see list below), which thankfully will be compact enough to fit in the palm of your hand…

It is clear though, that what Nintendo is doing is not putting the original NES on the market again, but rather a hardware emulator for the 30 games that come with the machine, which are certainly still a good way to kill time until Nintendo’s new NX console and their eagerly awaited The Legend of Zelda reboot game arrive in 2017.

The following games are included with the system:

IMAGE CREDITS
NES Classic Edition
COPYRIGHT: Nintendo of America.
→
Next: See how Brazil makes the most of great people in Civilization 6