Ever since it was announced back in May, Sid Meier’s Civilization VI has become one of the most eagerly awaited games of 2016. And this upcoming instalment of this long-running strategy video game series looks like it could be the best yet, thanks to its great visuals, refined strategic gameplay and big roster of world leaders and civilizations to play as.

Developer Firaxis has released a series of preview videos focusing on different aspects of the game including the different world leaders and civilizations that players will be able to control in the game, and we’ve already seen how civilizations like the Aztecs, Japan, China, England and France will play like in Civilization VI. And Firaxis latest preview video focuses on Brazil, which will be led by Pedro II, who was a popular monarch in Brazilian history and ruled the 19th century Brazilian empire, which was a world power at the time. 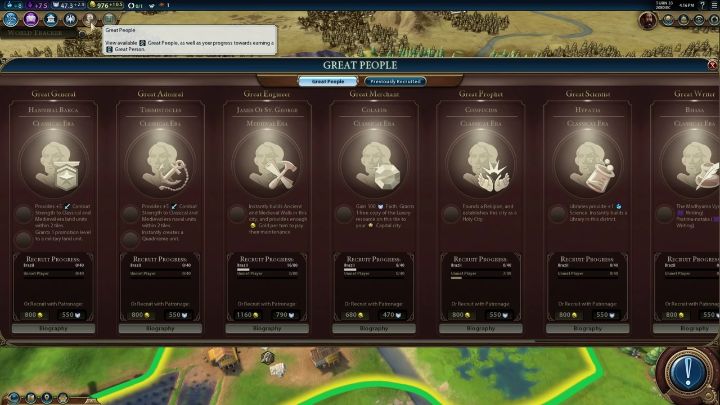 Perhaps Brazil’s greatest advantage in Civilization VI has to do with “Great People”, which are unique individuals in the game like great generals, artists, scientists and others that can give a civilization big advantages throughout the game. For instance, in the previous Civilization game great generals gave combat bonuses to nearby troops, while great scientists can give a one-time boost to research, letting players discover a technology more quickly, for instance.

Players get great people in the game over time as “great people points” accumulate in cities, and eventually a great person is born in that city. Brazil’s special ability in Civilization VI will allow players to speed up the rate at which great people are born in their cities, as once Brazil recruits a great person in the game players will get back some of the point cost. Brazil can also build what’s known as the “Carnival City” project, which will grant additional great person points to those playing as Brazil in the game.

Brazil is not only about great people in Civilization VI though, as its cities also gets bonuses when built next to rainforests. This is obviously related to Brazil’s real-world location and its proximity to the Amazon rainforest, which is a big source of resources and income for the South American country.

So it appears that playing as Brazil will offer unique challenges and opportunities for Civilization fans in this latest iteration of the strategy series, which is looking like it will feature enough interesting gameplay innovations to make players crave for “one more turn” when it’s released later this year.

→
Next: The PewDiePie, Warner Bros. and Shadow of Mordor scandal