Those who enjoy PC gaming had been waiting for Nvidia’s reveal of its new GeForce RTX 40 series graphics cards, which took place this September.

Ada Lovelace (the codename for the RTX 40 series) will be the successor of the current-gen GeForce RTX 30 series cards currently in the market.

The thing is, Nvidia is yet to unveil the full line-up of GeForce RTX 40 series graphics cards – only two models were revealed on September 20, the GeForce RTX 4090 and RTX 4080.

Actually, three cards were on display during Nvidia’s reveal this September, as two different variants of the RTX 4080 were announced, which left some Nvidia fans scratching their heads.

You see, Nvidia had originally announced an RTX 4080 with 16 GB of memory, and an RTX 4080 card with 12 GB. And while some must have expected the RTX 4080 12 GB to simply be the same card as its 16 GB sibling but with less memory, published specs for both cards differed quite a bit, with the GeForce RTX 4080 16 GB looking quite a bit more powerful than the 12 GB version.

The GeForce RTX 4080 12 GB is no more though, as Nvidia recently “unlaunched” the controversial card, informing the masses via a brief blog post on its website.

“The RTX 4080 12GB is a fantastic graphics card, but it’s not named right”, said Nvidia, adding that “having two GPUs with the 4080 designation is confusing”.

And the truth is that controversy had erupted earlier in October when Nvidia published its own benchmarks showing the performance of the GeForce RTX 4080 12 GB vs the RTX 4080 16 GB (the top-end RTX 4090 and other GeForce cards were also included in the benchmarks).

These benchmarks showed the RTX 4080 16 GB pulling ahead of the RTX 4080 12 GB by almost 30 % in some cases, with the likes of Hardware Times pointing out the big hardware differences between both. Amongst the games included in the benchmarks was A Plague Tale: Requiem, while the tests were done with and without Nvidia’s DLSS upscaling technology. 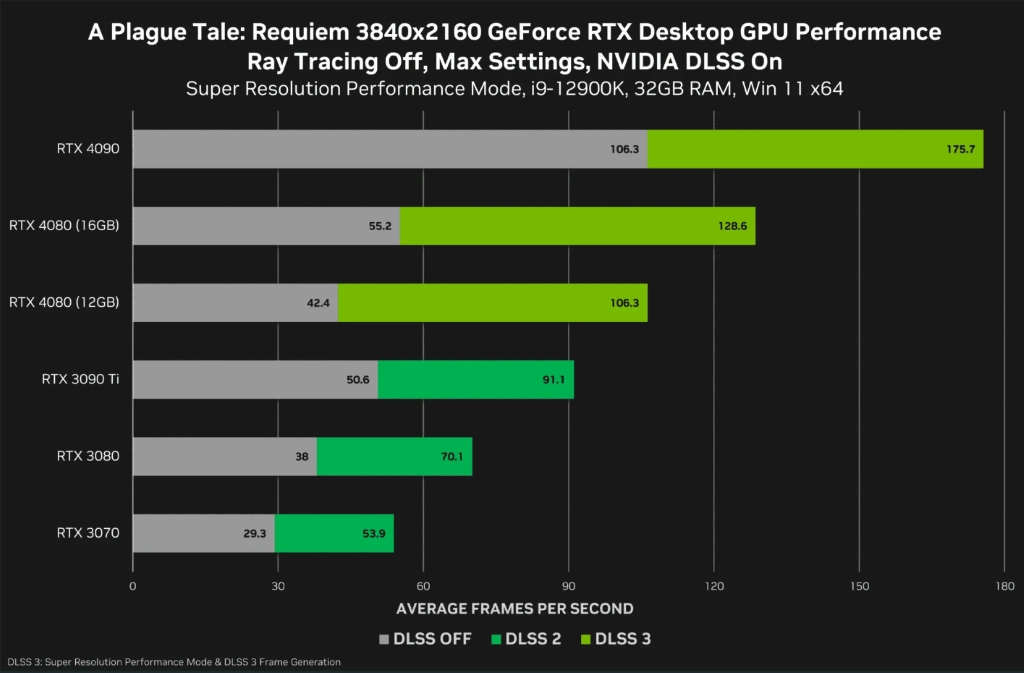 This added to the negative fan reaction, prompting Nvidia to “unlaunch” the controversial card. Apparently the decision to release a GeForce RTX 4080 12 GB with inferior specs to the 16 GB version was a last minute decision by someone at Nvidia as VideoCardz.com points out.

It seems that the RTX 4080 12 GB was actually meant to be an RTX 4070, as rumors doing the rounds online this summer claimed, and it’s almost certain that Nvidia will be rebooting this card as either a GeForce RTX 4070 or RTX 4070 Ti. The price will have to come down as well, likely to $799 US dollars (from $899 US dollars) assuming this is rebranded as a GeForce RTX 4070 Ti, or less if it’s relaunched as an RTX 4070.

When will this happen is not known yet, but it’s very likely that Nvidia will see the upcoming Consumer Electronics Show in January next year as an opportunity to announce the GeForce RTX 4070 (and perhaps the Ti variant too), while other cards in its RTX 40 series line-up such as the RTX 4060 could be shown off at CES in early 2023 as well.

Read more: Nvidia’s announcement of its GeForce RTX 4080 cards has left some disappointed – here’s why