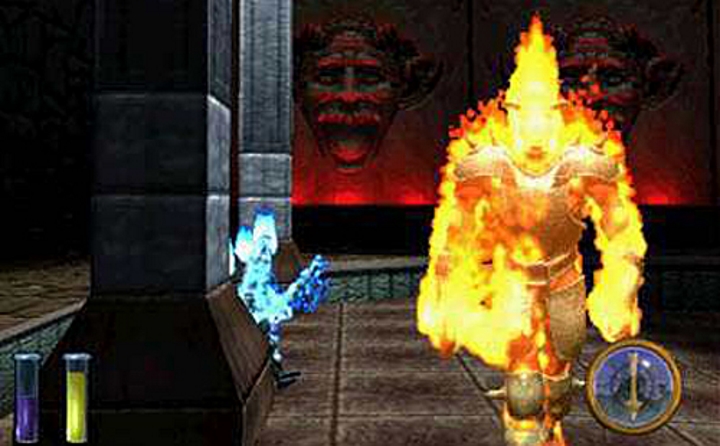 Despite the cool characters and action, Battlespire wasn’t the best Elder Scrolls game.

Battlespire, a standalone spin-off of The Elder Scrolls series, abandoned the epic scope of its predecessor Daggerfall, focusing instead on delivering an action-packed experience to players. So while Daggerfall’s characters were flat and had repetitive dialogue, Battlespire offered more colourful personalities to interact with. At least this gave players a reason to fight through the game’s dungeons and progress in the history, which featured arch-villain Mehrunes Dagon (who would also be the main antagonist in the later Oblivion game).

But the game’s graphics engine, while pretty advanced for the time, was prone to clipping meaning enemies could get stuck in a dungeon’s walls and furniture. And the game’s bugs and crashes sadly made player’s experience with Battlespire not as enjoyable as could have been. Although at least this added multiplayer features to the Elder Scrolls universe, which would not be seen again until Bethesda’s The Elder Scrolls Online was released in 2014.