Daisy Ridley of Star Wars Owns a PS4, but Admits She Couldn’t Set It Up
↑
SHARE
TWEET

The Force Awakens star Daisy Ridley was interviewed during a recent live event on the Star Wars Facebook page, discussing her role in J.J. Abrams film and her character Rey.

Ridley was asked by a fan whether she was as “mechanically-minded” in real life as her Star Wars character Rey is in the movie, and referred to her recent experience with a PlayStation to prove she wasn’t (Ridley answers this question around the 5:15 mark in the video).

Ridley tried setup her new PS4, but she admits her attempt was unsuccessful, saying that she ”plug it in but it did not work”, trying to prove the point that she’s not as handy as the crafty Rey is in the movie. “I am no way mechanical or technological”, the actress said in the interview.

In this video, she tells the interviewer that she was sent “a Star Wars PlayStation”, likely referring to the following PS4 model featuring the likeness of Darth Vader and which includes Electronic Art’s Star Wars Battlefront video game bundled in. 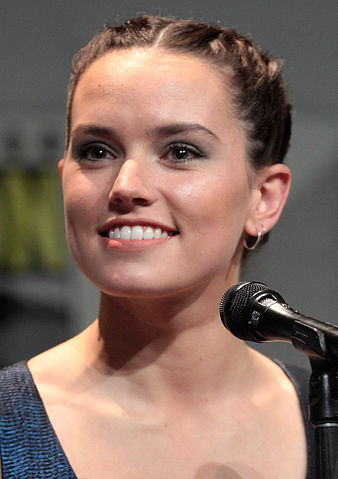 Although in the end a friend helped her out with the matter and got the console working, meaning the Star Wars actress can now enjoy a game of Star Wars Battlefront and other upcoming titles like Star Wars LEGO: The Force Awakens this year.

And regarding her character in the Force Awakens, it is clear that her performance in J.J. Abrams great movie caught the eye of many. She could now end up playing the greatest female video game character of all time, Lara Croft, as she’s being considered for the role in Roar Uthaug’s upcoming movie, according to imdb.com. And it is clear that Ridley knows how to play a strong, determined woman, and could bring a lot to the role of Lara Croft.

Also, the fact that she used her recent experience with a PlayStation as an example serves to highlight the success of Sony’s console, which has sold more than 36 million units to date and is the clear leader in this console generation, as well as the fact that more celebrities are getting into video gaming these days.

Celebrities like Man of Steel star Henry Cavill recently admitted that he almost missed the movie director’s call offering him the role because he was busy playing World of Warcraft, and actors like Jack Black have spoken of their love for video games on more than one occasion.

So despite her initial console troubles, here’s hoping that Daisy Ridley gets to have as much fun gaming as the millions of PS4 owners out there…