Resident Evil fans were ecstatic when Capcom revealed a Resident Evil 3 remake during Sony’s State of Play earlier this month.

This was confirmation the Japanese video game giant is now betting on Resident Evil remakes, after series’ producer Yoshiaki Hirabayashi had said this February that a Resident Evil 3 remake would be possible if there was enough fan demand, which turned out to be the case.

This means a remake of 1999’s Resident Evil 3: Nemesis is on the way, and according to Capcom will ship early next year, something which the millions of players which enjoyed the Resident Evil 2 remake will likely be looking forward to.

The Resident Evil 3 remake is slated to hit shelves on April 3, 2020, as was recently covered on GamesRadar. If you’re wondering what the “Nemesis” part of the original game’s title (Resident Evil 3: Nemesis) refers to, well it’s that angry chap you can see in the image below, looming above protagonists Jill Valentine and Carlos Olivera. 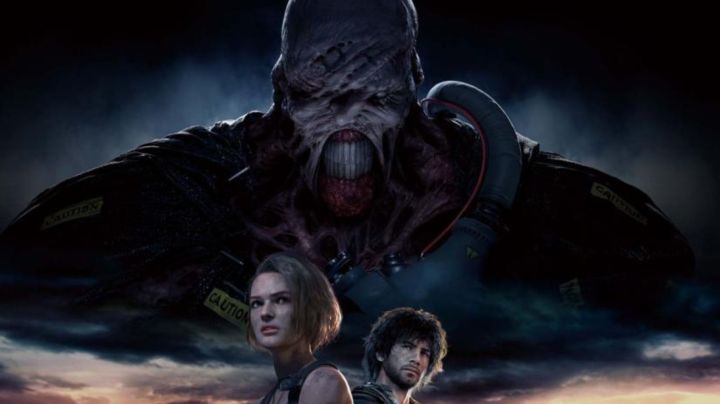 Nemesis will be stalking the player throughout Resident Evil 3.

Created by the Evil Umbrella Corporation as part of its plan to rule the world, Nemesis will be an adversary for the game’s protagonists throughout the game. And much like Mr. X does in Resident Evil 2, Nemesis stalks Carlos Olivera and Jill Valentine throughout Resident Evil 3 – prepare to spend a big chunk of the game running away from Nemesis if you pick up this game come April next year.

Fans of the series will have noticed that Jill Valentine’s and Carlos Olivera’s appearances differ from those in the 1999 game. Jill is more Lara Croft-looking if you will, while Carlos sports a messy beard and hairdo, making him more scruffy looking.

Jill definitely looks great though – the character now has the potential to be one of the best-looking video game characters to date, not surprising taking into account that Russian model Sasha Zotova has lent her face to the game, with the character of Jill Valentine being based on her likeness.

Also, this will likely be another graphically impressive game judging by the announcement trailer below: Capcom is really making the most of its RE Engine (the same it used for Resident Evil 2) and it shows.

An added bonus is that Project Resistance will be bundled with the Resident Evil 3 remake. This asymmetrical multiplayer game had been rumoured to be standalone release, but now we know it will be part of the remake. Project Resistance pits four survivors vs one more powerful character (Mr. X from Resident Evil 2 appears in some of the screenshots), and its will likely be similar to 2017’s Friday the 13th game and other asymmetrical multiplayer games such as Dead by Deadlight.

Leaving the multiplayer aside, more recent news have revealed the main game will feature more action than Resident Evil 2, and that those holding their breath to play Resident Evil 3’s remake need not worry about the game being delayed as it’s nearing completion now.

Also, the remake will be different enough to the 1999 original so that those who played Nemesis back in the day can still have a fun ride. For instance, the role of a character like Brad Vickers is changed in the Resident Evil 3 remake – it’s not known whether Vickers will end up being a tasty meal for Nemesis as he was in the original or not this time around though… 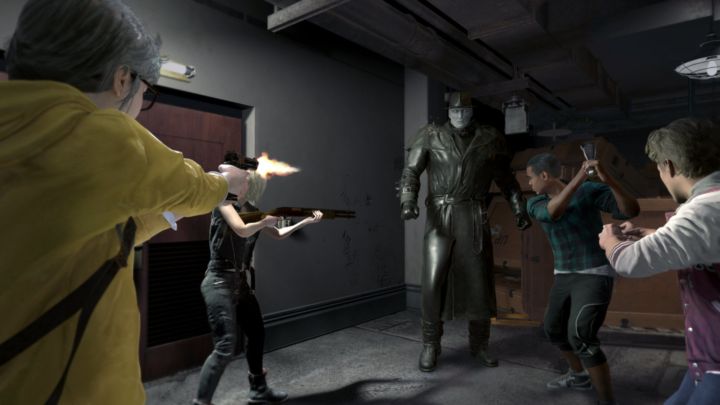 Resident Evil 3 is definitely a game to look forward to then, especially taking into account how good Capcom’s previous effort Resident Evil 2 was. And it’s likely the new remake will be as exhilarating as the last.

Also, it’s hard not to notice how packed with AAA games releases next April is (CD Projekt’s Cyperbunk 2077 and the Final Fantasy VII remake will be hitting shelves aside from Resident Evil 3) meaning there’s already plenty to look forward to for fans of the Resident Evil franchise and those fond of video gaming next year for sure.