If one thing is clear, is that many fans of the Sonic video games are eagerly awaiting Sonic Mania, the latest iteration of the well-known platform game series. And publisher Sega is looking to deliver another good game in the franchise this summer, when Sonic Mania is expected to hit shelves worldwide.

And now the game’s release date appears to have leaked out, as a trailer featured on Sonic Mania’s Steam page reveals the game will likely be out on August 15 this year, as reported on GameSpot. 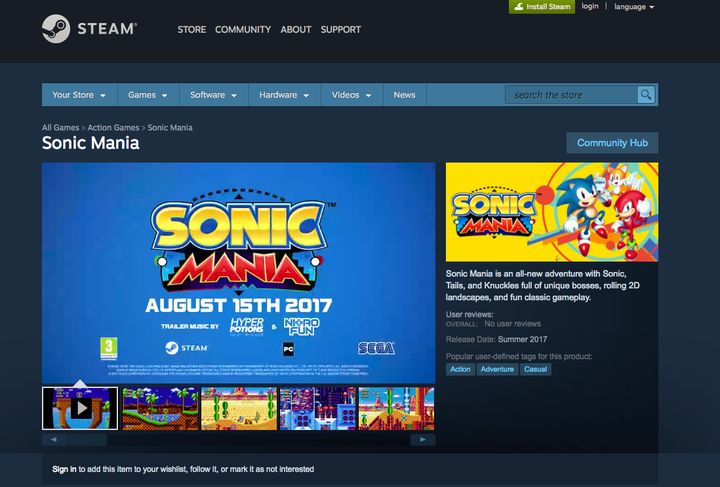 This latest entry in the Sonic saga is slated for release on PS4, Xbox One, PC and Switch, being one of the high-profile games which will be hitting Nintendo’s new console this year.

One interesting thing about this upcoming Sonic game is that it will be paying tribute to earlier classic games like Sonic & Knuckles, as Sega has already released a trailer showcasing a reworked version of the classic Flying Battery Zone level from the 1994 game.

It remains to be seen though, whether this return of the iconic blue hedgehog to the video game world will be a triumphant one or not. Although here’s hoping Sega comes up with another platform game that reminds us why Sonic became one of the household names in gaming when Sonic Mania debuts this summer.

→
Next: CD Projekt is riding the high wave thanks to strong The Witcher 3 sales in 2017