Star Citizen is one of the most talked about games in the PC arena right now, and for good reason. This is because the developers behind Star Citizen – Cloud Imperium Games – not only promise to offer a persistent sci-fi universe in which players can go about their business, be it trading, dogfighting or exploring the game’s countless procedurally-generated worlds.

Actually, Star Citizen could very well end up being the game that last year’s No Man’s Sky promised to be – a game which suffered from an infamously bad launch and ended up being a major disappointment in 2016.

However, a project as ambitious as Star Citizen couldn’t have kicked off with the backing of a major publisher, and is a crowdfunded venture instead. Actually, this game spearheaded by legendary video game designer Chris Roberts is the top crowdfunded game of all time, having already surpassed the $153 million mark in funds, and is finding new donors every day.

It’s not all been smooth sailing for Roberts and his team though, and since the game’s development began in 2012, Star Citizen has been plagued by “feature creep”. So, what began as a simple space combat simulator eventually morphed into something way more ambitious as new features where added, and now Cloud Imperium Games is aiming to offer a detailed universe where thousands of players can interact with each other, visit space stations and receive missions and even land on and explore life-like planets.

But backers have become impatient over the years as the full, finished game has failed to materialize, while the single player campaign named Squadron 42 (which was originally scheduled for late 2016) now has no release date attached to it right now.

Also, while many players where eager to get their hands on the game’s Alpha 3.0 version this August, the eagerly-awaited alpha has now been delayed until early September, as reported on Eurogamer. And this will no doubt be a blow for those who were looking to get a taste of what the full Star Citizen experience might be like when the full game is finally released. 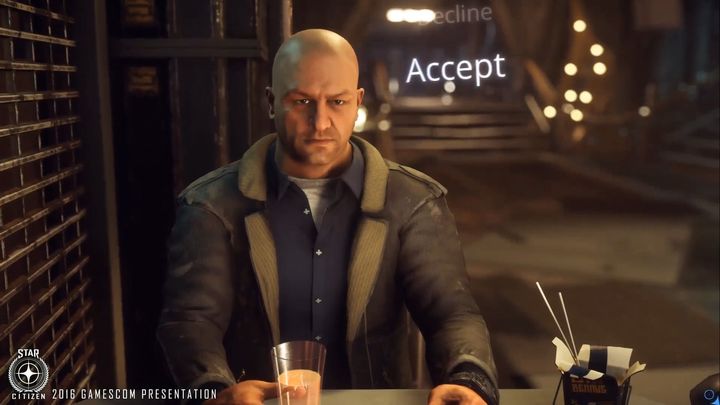 Star Citizen has raised more money than any other crowdfunded game in history, but after 5 years the full game is still nowhere to be seen…

Responding to player frustration over the delay, Will Leverett of Cloud Imperium said on a post on the game’s Robert Space Industries website that delays were inevitable given Star Citizen’s complexity, and that the alpha 3.0 version of the game is quite a bit more complex than the earlier versions of the game.

“Ask any project manager or developer who worked on sophisticated software or has been involved on a complex project with lots of dependencies and moving parts, they’ll gladly share how challenging a task of estimates can be”, wrote Leverett.

He also said that this latest alpha is the most ambitious to date, offering a full solar system for players to explore and that all this will be a seamless experience, without any loading screens getting in the way of the player experience.

“We’ve learned that we can deliver something better than the original 3.0, something bigger, something pretty groundbreaking, something magnificent. That doesn’t always keep to a schedule, but we think it’s OK to take the time to do it right.”, wrote Leverett on roberstspaceindustries.com.

Sadly, Leverett did not reveal when Star Citizen might finally be released if everything goes according to plan. We can speculate that this could be by 2019, assuming that the game enjoys a successful beta-testing period in 2018.

There may still be light at the end of the tunnel after all, though, and we might be playing the complete version of Star Citizen in the not so distant future. Here’s hoping too, that the star-studded Squadron 42 single player campaign will be available sooner than this, and we can finally enjoy a taste of the epic space action that the devs at Cloud Imperium Games have been promising over the years.

→
Next: Middle-earth: Shadow of War will let you buy an orc army with real cash