The Nemesis system surely was the highlight of Shadow of Mordor, and this pitted players against randomly-generated enemies with unique abilities who could become more powerful throughout the game if they managed to defeat you in combat.

Middle-earth: Shadow of War will be expanding this system to include your orc followers in the game, leading to more unique, dynamic stories and interactions taking place throughout the game.

What’s more interesting, though, is how your orcs followers are related to the game’s microtransactions system… Because while it may not be to some people’s liking, Shadow of War will feature microtransactions like many other games have in the past, letting you spend real money in order to get upgrades and other in-game stuff.

You see, Middle-earth: Shadow of War has to currencies: an in-game currency known as Mirian, which you will be able to obtain by defeating certain opponents and locating stashes of it, and there’s also Gold. While you can earn some Gold by taking part in community challenges and by progressing to a specific point in the game’s campaign, you can also spend real cash to get Gold, and get some of the in-game purchasable items.

These are Loot Chests, War Chests, XP Boosts and Bundles containing all these, as developer Monolith explains in a blog post. Loot Chests lets you improve protagonist Talion’s combat prowess as these contain unique gear and also XP Boosts which will help you level up faster in the game. 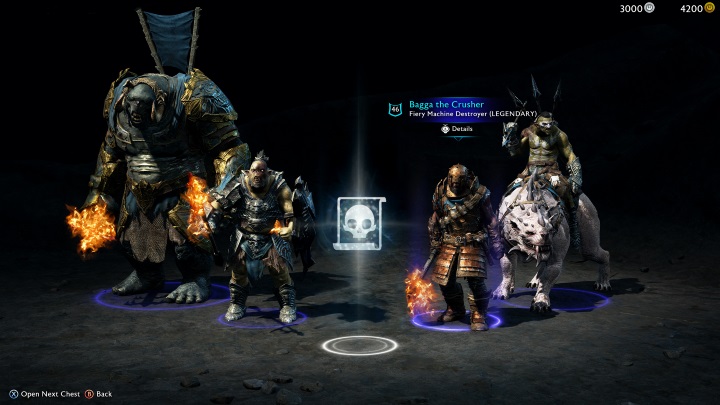 You can quickly bolster your orc army by spending real cash in Middle-earth: Shadow of War.

War Chests, meanwhile, gets you new orc followers in the game, effectively building  a more powerful army with which to assault Sauron’s mighty fortresses in the game. And while you can also build up your army by dominating orcs you encounter in the game’s open world or encountering and recruiting them in their orcish society, it’s clear that spending real cash will be the fastest way to create a powerful army in this new Middle-earth game.

Read more: Middle-earth: Shadow of War gameplay video shows how an orc can save your life

Thankfully, though, developer Monolith has assured players that anything you can pick up in the game via microtransactions will also be obtainable via normal gameplay, meaning Shadow of War won’t be “pay to win” in any way.

This is a good thing taking into account that the game will also be boasting a multiplayer mode of sorts in which you can assault other players’ fortresses, and it wouldn’t be fair if an opponent who had been spending a fortune in microtransactions got an unfair advantage here. Although it remains to be seen how in-game stuff purchased with real money will carry over to Shadow of War’s multiplayer though.

So even if Middle-earth: Shadow of War’s microtransactions may infuriate some, the truth is that this is still one of the most exciting upcoming video game releases of the year, and hopefully will live up to the hype when it hits shelves this fall.

Note: Middle-earth: Shadow of War will be released on October 10, 2017. Available on PS4, Xbox One, PC, Android and iOS.