The Division movie will star Jake Gyllenhaal, but will it break the video game movie curse?
↑
SHARE
TWEET

Given that The Division has been Ubisoft’s fastest-selling video game to date, it is not surprising that the French video game company is now working to turn their video game hit into a movie.

According to Variety, Ubisoft is now looking for writers to pen a script for their upcoming movie project, while Hollywood star Jake Gyllenhaal will not only star in The Division movie but be a producer too.

The Division video game was released in March this year and quickly became a top-seller for Ubisoft, even if the game has suffered from glitches and other issues that have gotten in the way of players’ enjoyment since its launch.

But still, it is clear that The Division could be turned into a good suspense or thriller movie, given the game’s superbly atmospheric setting and interesting premise. The Division’s story is loosely based on the writings of American novelist Tom Clancy, and also on a study named Dark Winter, which was carried out by the US government in 2001. This study showed how devastating the effect of a biological weapons attack would be, and The Division game is set in New York City in the aftermath of such an attack, with the Division agents attempting to restore order and combat rebel groups in the beleaguered city.

This would certainly be worthy material for a Hollywood movie, even though the game itself doesn’t have much of a script or character development, relying more on its atmosphere and detailed recreation of a post-apocalyptic New York to tell its story. But still, Ubisoft’s superb “Agent Origins” trailers for the game gave us a taste of what a Division movie could look like, and were so good that perhaps more than one fan of Ubisoft’s game thought they could be turned into a movie…

The bigger question is though, will a movie based on The Division be able to break the dreaded video game movie curse? After all, actor Jake Gyllenhaal’s previously appeared in Disney’s Prince of Persia, a movie which was also based on a Ubisoft video game property, and was not considered a success. 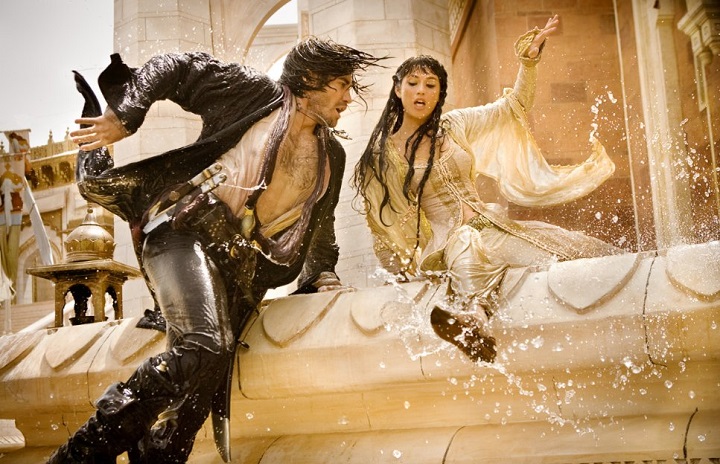 The Prince of Persia movie, while entertaining, wasn’t a great movie overall.

Because despite being one of the best-reviewed video game movies made to date, its Rotten Tomatoes score sits at just 36%, and it certainly would not fit most people’s definition of what a “good” movie is. Also, despite being the highest-grossing video game movie to date, it cost a whopping $200 million (£138 million) to make, and Disney likely did not consider making a sequel…

Although if Ubisoft’s upcoming Assassin’s Creed movie manages to please both the critics and the public at large, while also being a solid hit at the box office, there may be hope yet for the video game movie genre, and for the upcoming “The Division” movie, even if early trailers for Assassin’s Creed suggest this may not be a great film after all. But given that Ubisoft will likely be directly involved in the making of this movie through its Ubisoft Motion Pictures studio, perhaps we’ll get to see a truly great video game movie when The Division hits the theatres at a future date.