Despite having one of the most successful launches in recent memory and being one of Ubisoft’s best-selling games to date, a plethora of bugs, glitches and exploits have been getting in the way of players’ enjoyment of the game since The Division launched on March 8 this year.

From graphical glitches that resulted in players falling through floors to exploits that have given some gamers an unfair advantage in combat, The Division currently features its share of issues, although perhaps finding and even taking advantage of these is some player’s idea of fun… So without further ado, here follow the top bugs and exploits seen in The Division to date. 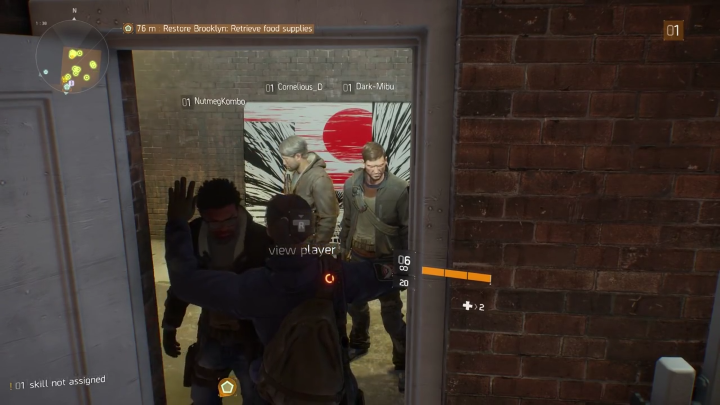 ADVERTISEMENT
Apart from the fact that quite a few exploits in The Division have allowed gamers to get maxed gear and make life difficult for other players venturing in to the game’s Dark Zone (which allows player vs player combat), an early glitch in The Division allowed a form of “door trolling” that did not even let some players begin playing the game.

Because unscrupulous gamers took advantage of an early bug in Ubisoft’s game that would prevent others from getting past doorways in the game’s starting area, blocking their path and preventing them from carrying out their duty as Division agents in the game’s post-apocalyptic New York, as clearly some took the concept of “barriers to entry” far too seriously in this game…

The Division has a big arsenal of guns, no doubt, from sniper rifles to shotguns, and players are always looking for more powerful weapons and upgrades to give them an edge, especially in the game’s cutthroat Dark Zone (where for better or worse, anything goes these days…)

One way to boost weapons is via weapon talents, which are unlocked passively as players increase their stats in the game. An example of these talents is the “Competent” talent, which increases weapon damage by a certain amount for a limited period of time. But it seems this talent also got players more than they bargained for… Equipping a gun with this talent (for instance the AK-47 available in the Base of Operations), switching it for another and then repeating the process over and over for a couple of minutes will boost the original gun’s DPS (Damage per Second) to an insane level according to Kotaku, allowing players to unfairly take out any enemy in a matter of seconds.