The Elder Scrolls Online free to play and on sale for a week, see details here
↑
SHARE
TWEET

This was a subscription-based game at launch, and truth be told, had its fair share of quirks on release. Bethesda has since patched away most of the bugs, though, and got rid of the subscription model for The Elder Scrolls Online, and also released the game for PS4 and Xbox One back in 2015.

Those who were looking forward to take the game out for a spin but haven’t done so yet are in luck, as The Elder Scrolls Online will be free to play until April 18. Players will get access to the base game (excluding the expansions) and will also receive 500 crowns to spend in the game. These can be spent on in-game items such as outfits and bedroom furnishings, for those who fancy this sort of thing…

And those who have been enjoying their time in Tamriel and are interested in purchasing the game will be happy to know that it will be on sale until April 18 too. This means players can get hold of the standard PC edition of the game on Steam for $9.90 US dollars (it normally retails for $29.99). 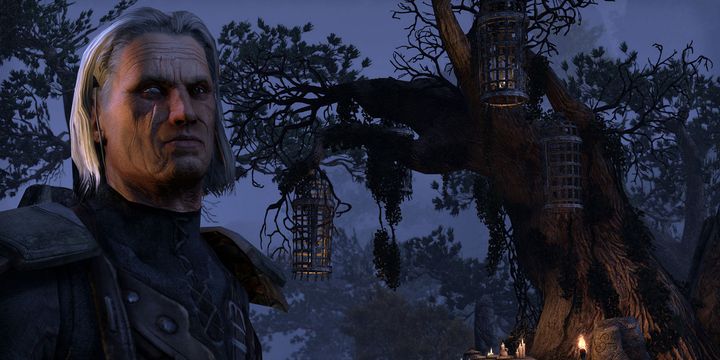 It not be as popular as World of Warcraft, but The Elder Scrolls Online has been going from strength to strength since its release in 2014.

Also, the Gold Edition is available for $29.99 (it normally retails for $59.99) on PC. The Gold Edition includes all the content featured in the standard edition, plus the four expansion packs which have been released for the game over the years. These include the two major ones featuring the Thieves Guild and the Dark Brotherhood, two of the better-known factions in Bethesda’s fantasy world.

So this will certainly be a good opportunity to enjoy some RPG gameplay from the masters at Bethesda, no doubt. Plus the company plans to keep adding to The Elder Scrolls Online this year with the eagerly awaited Morrowind expansion pack. This adds a huge new area to explore with new quests and enemies to defeat, and is due for release this June 2017.

→
Next: Bayonetta: these are the PC system requirements