The Medium has been one of the year’s top video game successes so far. Launching during a quiet time of the year in late January, and having to compete with no other AAA game releases besides Hitman 3, the game quickly sold enough to make up its development costs, as Polish outfit Bloober Team proudly announced shortly after the game’s release.

Featuring a female protagonist named Marianne, the game lets players experience a psychological horror story taking place in an oppressive communist state, with the game switching between the modern-day setting and the spirit realm at various points.

Despite being one of this year’s early hits, this Xbox exclusive did get mixed reviews (its Metacritic score stands at 71 for the Xbox Series X version of the game). Also, anyone who has seen the game in action will be reminded of Konami’s Silent Hill series of horror games.

That is, if you ever got to experience Konami’s Silent Hill games, as the last entries in the series date from 2012… That year Konami put out Silent Hill: Downpour, an atmospheric game starring an ex-convict named Murphy Pendleton. The game likely didn’t sell well despite being well received by series fans. And the less is said of Silent Hill: Book of Memories, a Diablo clone set in the Silent Hill universe, which also saw a release that year, the better though…

Also, it seemed that Silent Hill fans would be treated to another game in the series in 2014, when it was announced that a new entry in the series named Silent Hills was in the works, being made by none other than Hideo Kojima and star director Guillermo del Toro. However Silent Hills was cancelled after Kojima’s falling out with Konami. And the rest, as they say, is history…

But it’s likely that recent rumors swirling around the Internet have sent shivers down the spines of Silent Hill fans, as it’s been suggested that the series will be coming back in the near future.

Actually, a report by Video Game Chronicle (via IGN) claims that two Silent Hill games are in development, one of them being made by Polish outfit Bloober Team.

And in a recent interview with gamesindustry.biz, Piotr Babieno of Bloober did confirm that the people behind The Medium are working on a yet unrevealed video game project.

“In fact, we’ve been working for more than a year on another gaming project, another horror IP, and we’re doing this with a very famous gaming publisher. I can’t tell you who. I can’t tell you what the project is, but I’m pretty sure when people realize we’re working on it, they will be very excited”, said Bloober Team’s CEO.

Also, evidence pointing to this being a new Silent Hill game is the fact that Japanese composer Akira Yamaoka recently revealed that he was working on a second game for Bloober (aside from having composed the music for The Medium).

Yamaoka did word things in a way that strongly hinted this being another Silent Hill when referring to the game he’s currently working on.

“It’s the one you’re kinda hoping to hear about”, said the video game composer.

And let’s not forget that Yamaoka is someone who’s been heavily involved with the Silent Hill franchise in the past. He was behind the music of Silent Hill 2 and Silent Hill 3 (arguably the best game in the series), as well as others like Silent Hill: Shattered Memories. He’s also been a producer for Konami’s games, and even wrote the music for the pretty good movie adaptation. So he’s involvement in Bloober Team’s mystery project means it definitely has Silent Hill written all over it… 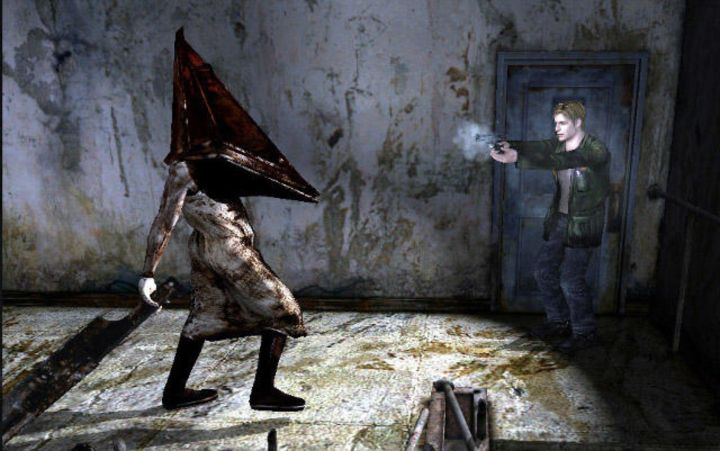 More Silent Hill games could be on the way, but will they be as good as the earlier entries?

Meanwhile, the Japanese company could have also outsourced a second Silent Hill game, which could now be in development at a Japanese studio.

This means fans could be getting not one but two new Silent Hill games in the not so distant future, something quite a few will be cheering about for sure…

It remains to be seen, though, whether Bloober Team’s game will stand up to the best entries in the Silent Hill franchise, such as Silent Hill 2 (pictured above). Their last two games, Blair Witch and The Medium, have been solid horror games and nothing more, definitely nothing to write home about but fun nonetheless.

Bloober’s CEO Piotr Babieno did tell gamesindustry.biz in an interview that horror is “still in our DNA”, so hopefully they can come up with a Silent Hill game that makes both fans and newcomers sit up and take notice… That is, assuming this rumor (which is yet to be confirmed) turns out to be true, and the Polish studio really is hard at work now on a new game in Konami’s much revered horror series.

→
Next: PlayStation CEO says Sony “very sorry” for the lack of availability of the PS5