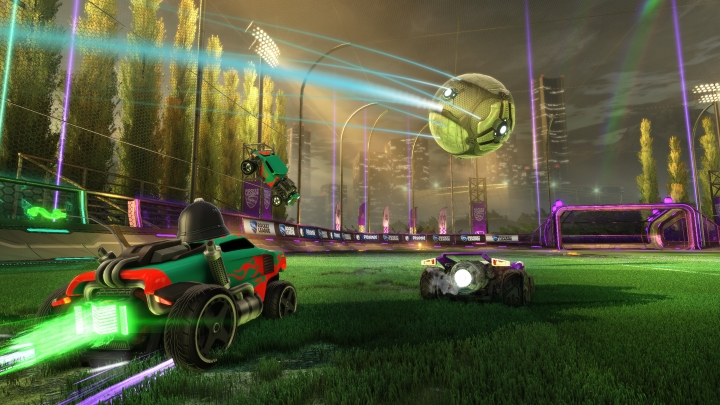 ADVERTISEMENT
This game by developer Psyonix was certainly one of the most original games of the year. It combines European football and racing in a truly original sports game in which players attempt to score goals in a variety of arenas by hitting an oversized ball with their cars. The gameplay is fast, furious and frenetic as there is no doubt that Psyonix’s game is one of the fastest-paced sport games of the year, but also one of the most fun.

And the car themselves can perform all sorts of gravity-defying leaps, and driving along the arena’s walls is also possible in an attempt to score spectacular goals. The game also features intense multiplayer season modes that feel as competitive as real-world soccer is (but with vehicles!), in which players attempt to take advantage of every opportunity to score. Rocket League also featured a good single player season mode in which players could hone their skills by competing against solid AI opponents, in what certainly was one of the year’s best video games.