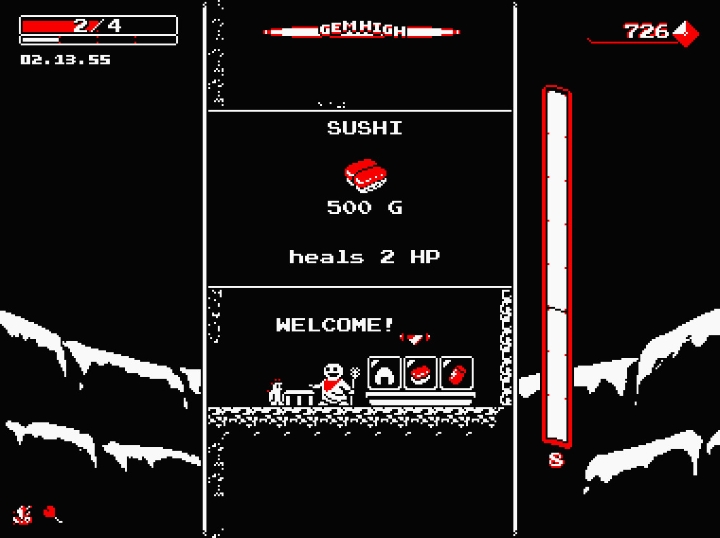 ADVERTISEMENT
Downwell is a retro-looking title from a Japanese developer reminiscent of the old classic platform games which were all the rage on the old NES console, and was one of last year’s biggest surprises. The game is a downwards platformer which revolves around the simple concept of a character falling down a well, who has guns in his shoes which he uses to smash blocks and clear the way, and also to blast enemies like bats to kingdom come.

And this was a fiendishly difficult game too, similar in difficulty to classics like 2010’s Super Meat Boy, but thankfully the main character could collect gems and purchase upgrades from shops, in order to make his journey down the well not so punishing. But even though this was a hard game, it was also bloody addictive, and thanks to its charming pixelated looks it was also a mobile experience that gamers won’t soon forget.