The journey of all great heroes eventually comes to an end, and now it seems that Geralt of Rivia, the grizzled protagonist of the Witcher games, will retire after the upcoming Blood and Wine expansion for The Witcher 3. This will be the last adventure Geralt will star in, according to game creators CD Projekt Red.

And it’s also been a great journey for Polish outfit CD Projekt Red, as they went from creating a dark and mature game titled The Witcher in 2007, which became something of a cult classic, to last year’s The Witcher 3: Wild Hunt, a big-budget video game blockbuster that has sold millions of copies.

And the upcoming Blood and Wine expansion looks to be more than icing on the cake too, as it will be a substantial addition for the award-winning The Witcher 3, offering more than 20 hours of content and taking place in an entirely new region of the fantasy world of Temeria known as Toussaint.

According to the expansion’s Steam description this is a “land untainted by war”, and “where an atmosphere of carefree indulgence and knightly ritual masks an ancient, bloody secret”. So will there be more blood than wine in Geralt’s final story? 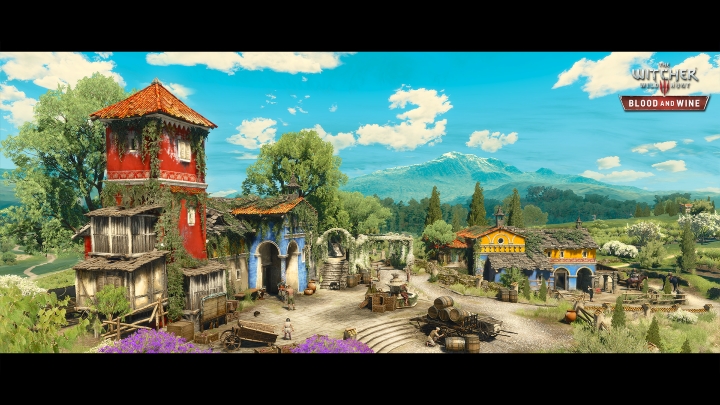 What secrets are hidden in Toussaint?

And shockingly enough, senior writer Jakub Szamalek of CD Projekt Red has stated in an interview with Eurogamer Italy (as reported in GameSpot) that Blood  and Wine will even be better than the core game, which is surprising indeed, considering how well received The Witcher 3 was last year. The role-playing masterpiece was our Game of the Year, and major outlets like IGN and GameSpot also awarded the top honour to Geralt’s latest adventure.

But still, Szamalek said that now the team is more experienced, and thanks to user feedback, CD Projekt will be able to deliver a new RPG adventure that outdoes the main game. The Polish outfit is looking to improve on one aspect of The Witcher 3, namely the lack of a charismatic opponent, as the Wild Hunt raiders of that game were fearsome enough but the lack of a memorable villain was a bit of a sore point in The Witcher 3. Also, Blood and Wine will feature a complex story that will appeal to fans of the Witcher games, according to Szamalek.

And now that Geralt has one more adventure in store before hanging his cape, putting an end to his life of slaying monsters and seducing witches, it would be great if Blood and Wine turned out to be his best adventure to date too, meaning that fans of the Witcher games will be able to enjoy more role-playing goodness this year.

Note: The Blood and Wine expansion for The Witcher 3: Wild Hunt will be released in the first quarter of 2016. It will be available on PS4, Xbox One and PC.