Some were shocked when ubiquitious celebrity Kim Kardashian tweeted that she had made $80 million (£56 million) from her fun 2014 mobile video game Kim Kardashian: Hollywood, which is no doubt a mighty chunk of change indeed. But it is clear that Hollywood is an unqualified success, as its creator Glu Mobile recently reported that the game had been downloaded more than 42 million times to date and that players’ combined play time was an incredible 35,000 years.

Kim Kardashian: Hollywood has become one of the most played mobile games out there, and at one point topped the iOS and Android most downloaded games charts, proving that plenty of players worldwide had fun becoming A-list celebrities, going on dates, and spending real cash on in-game goodies like private jets and luxurious homes.

And the fact that Hollywood has made celebrity Kim Kardashian an incredible amount of money is also proof that the mobile video game industry is bigger than ever nowadays. Actually, according to gamesindustry.biz the mobile games industry was worth a stunning 25 billion US dollars in 2015, and is predicted to grow to $45 billion by 2018.

So it makes sense that mobile video game companies like Machine Zone (who are behind the hit game Game of War: Fire Age) and Supercell (maker of Clash of Clans) were amongst the top 5 video game companies spending money on TV advertising in 2015. Actually, Machine Zone’s advertising campaign for Game of War starring swimsuit model Kate Upton cost a whopping $40 million (£26 million), and clearly their new ads featuring celebrity singer Mariah Carey must have been similarly expensive. 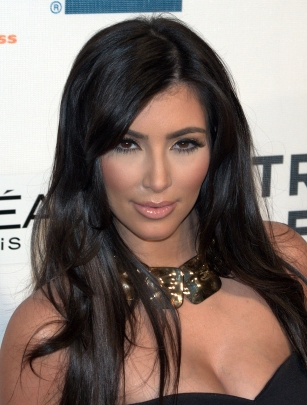 Kim Kardashian: Hollywood has made celebrity Kim an insane amount of money…

And speaking of Supercell, their new mobile game Clash Royale has shot to the top of the charts recently, and it was reported back in 2014 that the company was making more than half a million dollars per day on microtransactions. And even if players have shown a distaste for microtransactions in AAA games like Assassin’s Creed Unity, it is clear that the free-to-play model supported by the selling of add-ons has been a resounding success in the mobile world.

Other companies like Bethesda are also jumping on the mobile bandwagon, and their latest mobile game Fallout Shelter has been a huge hit and was amongst the top mobile games of 2015. Bethesda has even set up a new studio in Montreal which will be making mobile games, and hopefully the mobile games market will continue to grow and keep offering great gameplay experiences to fans of mobile gaming in the foreseeable future.