Now that gaming has become mainstream entertainment, video game creators and publishers are advertising more on television, spending almost $630 million (£444 million) on TV ads in 2015, according to website gamesindustry.biz. 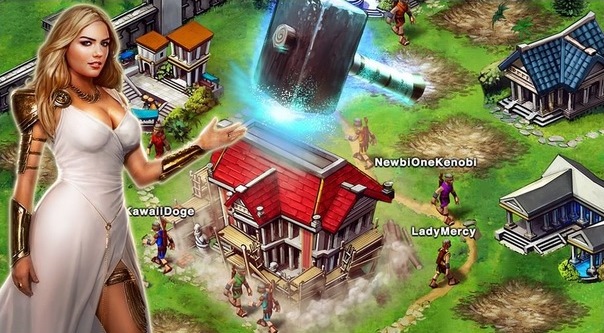 ADVERTISEMENT
It is clear that advertising is the big differentiating factor in the mobile video game world, and Machine Zone’s ads for their world-conquering Game of War mobile game are impossible to miss. Their advertising campaign starring swimsuit model Kate Upton has certainly caught everyone’s eye, and not just due to the curvaceous body of the American model, but due to the ads’ superb production values, as they feature special effects worthy of a Hollywood blockbuster.

And while it is clear that their Kate Upton ads are some of the sexiest seen on TV yet, other ads starring Mariah Carey were as eye-catching and entertaining. And given how high-quality and star-studded their ad campaigns are, it is not surprising that Machine Zone was the video game company that spent the most on TV advertising in 2015, spending more than $90 million (£63 million).