When it comes to video game advertising, it is clear that the old adage “sex sells” rings truer than ever. And for better or worse, it is a proven fact that using scantily clad ladies to advertise your video game or console is a sure-fire way of grabbing the public’s attention. Here follow the sexiest video game ads to date. 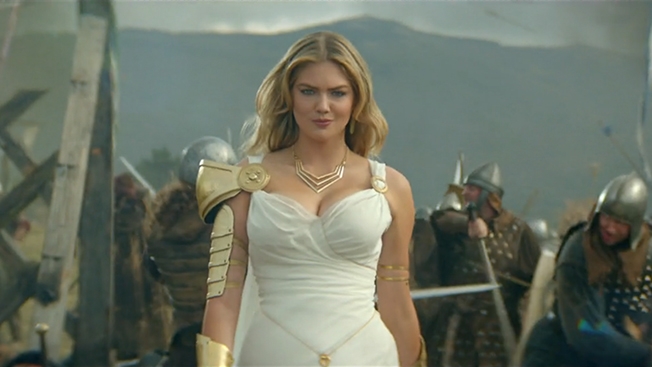 ADVERTISEMENT
Game of War has become something of an internet phenomenon. This strategy game by Machine Zone is amongst the top-grossing mobile games, and has a dedicated base of fans. And this is in no small part due to Machine Zone’s massive ad campaign of $40 million (£26 million), and their reliance on the curvy U.S. model Kate Upton, who has a legion of male fans due to her appearances in the Sports Illustrated Swimsuit issue.

And Upton looks just as sexy in the Game of War ads as she does in a swimsuit. She plays Athena, who can be seen walking across the battlefield in a white gown before facing a hydra in one ad, while in another she is bathed by her female servants. Both commercials feature special effects that rival those of big Hollywood blockbusters, but Kate Upton’s smashing good looks are obviously the highlight of the show.