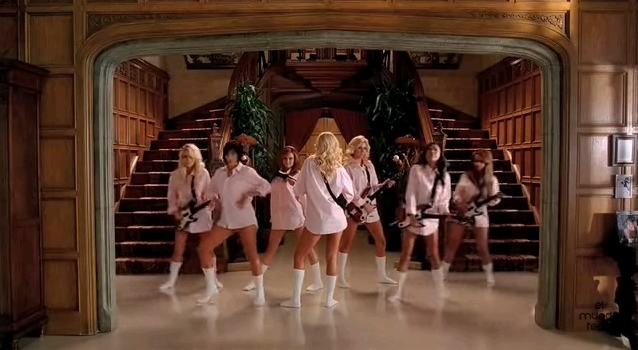 ADVERTISEMENT
If one man knows that the old adage that “sex sells” is true, then it is American entrepreneur Hugh Hefner. He is behind Playboy magazine after all, which is one of the best-selling and best-known magazines in the world. This magazine is famous for showing scantily-clad ladies on its pages, and the Playmates who grace the cover are considered some of the sexiest women around.

And publisher Activision decided to take advantage of the magazine’s popularity by featuring some of Playboy’s sexiest women in an ad for the video game Guitar Hero 5. You can see the Playmates playing guitars and performing antics like Tom Cruise in that romantic comedy from the 80’s Risky Business. Unlike in the bunny magazine, though, the girls in this ad keep their clothes on…